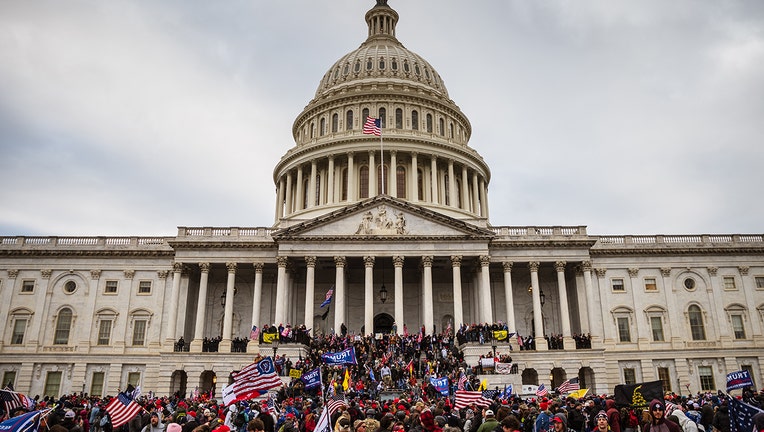 A large group of pro-Trump protesters stand on the East steps of the Capitol Building after storming its grounds on January 6, 2021 in Washington, DC. A pro-Trump mob stormed the Capitol, breaking windows and clashing with police officers. Trump supp

FORT WORTH, Texas - A 26-year-old Fort Worth man is the latest North Texan charged for his role in the Capitol attack.

Blythe faces several charges including assaulting officers and violence on the Capitol grounds.

RELATED: Oath Keepers founder hoping to get out of jail while awaiting trial