Fort Worth city manager reprimanded after trip with billionaire couple

Fort Worth’s city manager has been cut off from a portion of his duties after vacationing in Colorado with a billionaire and his wife.

FORT WORTH, Texas - Fort Worth’s city manager has been cut off from a portion of his duties after vacationing in Colorado with a billionaire and his wife.

According to a news release, city manager David Cooke’s private trip to Aspen over Labor Day weekend with billionaire couple Ed and Sasha Bass could be seen as a conflict of interest.

City leaders say Cooke did not violate the city’s ethics code. But the mayor and council members have now directed him to recuse himself from some fairly significant matters.

The Fort Worth City Council and Mayor Mattie Parker reprimanded him and asked him to recuse himself from all city business tied to Sundance Square and the Downtown Public Improvement District, which the Bass family owns. 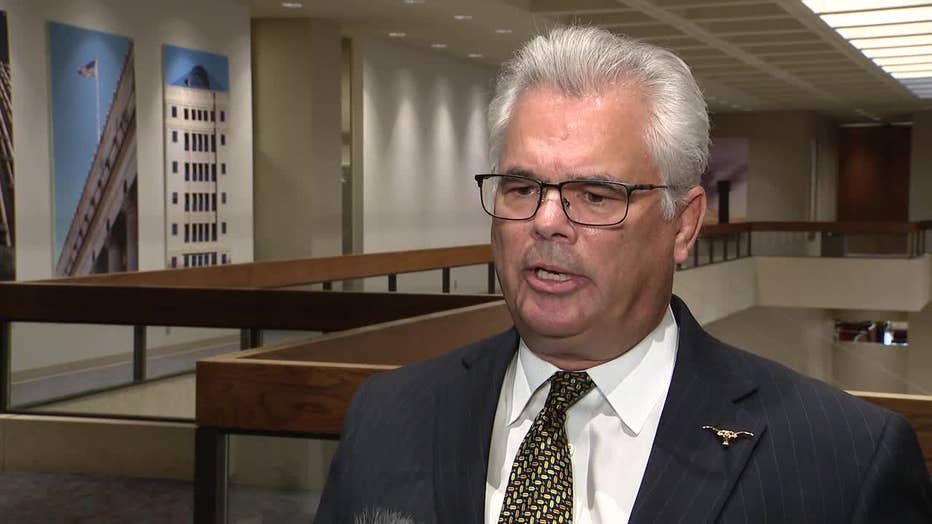 "Public trust is critical for us to serve effectively and impartially, and recent events have caused that trust to come into question," the release states. "Public officials, including city manager Cooke, have personal friendships outside of work. But when those personal relationships also involve individuals that have official business with the city, heightened discretion must be exercised. Public perception matters, and we must go the extra mile to reassure residents and taxpayers, removing even the appearance of a gray area."

Bob Ray Sanders was a longtime journalist at the Fort Worth Star-Telegram.

"It can be or at least perceived to be wrong if those friends happen to be two of the richest people in the city who have an interest in Downtown Fort Worth and have a conflict with the city or at least this Improvement District," he said.

The story emerged after the Fort Worth Report outlet published an article in mid-September.

at the time, Cooke called the perception of conflict flawed. He told the outlet," There’s not a policy you’re going to find that says, ‘hey, give better deals to the people that you hang out with.’"

But Tuesday night, the Fort Worth mayor and city council members released a statement saying, "Taking this trip was questionable judgment. And when asked about the trip, city manager Cooke exercised poor communication to the public… This council has reprimanded the city manager, clearly communicating our concern and disappointment in his actions."

"I know David Cooke pretty well. I don’t think that he would deliberately do something that would be unethical or that he could be bought with a plane ride, so to speak," Sanders said. "But the Bass are very influential people. People think they run the city anyway, that they get everything that they want. That perception is out there."

"I’m sure he’s embarrassed by that fact because there are going to be a lot of things happening," Sanders said. "Sundance Square is still developing. The Improvement District is going to be there, and there will be conflicts with developers downtown with that district. For him to have no say so on that, that’s pretty severe punishment for a city manager."

I an email to city staff Wednesday, Cooke said in part, "This was a personal trip with friends. But because of my position as city manager, I should have better realized the perception these actions sent and the appearance of a conflict of interest it created."

"It’s a learning experience for him. I’m sure he’s learned that lesson," Sanders said. "I’m guessing that won’t happen again. I hope not."

Bass said they invited Cooke as part of a group of Fort Worth ambassadors, pointing out he’s on the board of Visit Fort Worth.

City attorney Leann Guzman will now have the final word when the city makes decisions related to the Bass family.

Cooke has been Fort Worth’s city manager since 2014.