After the 2020 presidential election and widespread claims of fraud, many Americans are suspicious about voting. In a January national poll, only about 20% of people said they were very confident in our system. That's why the Bush Institute is working to restore faith.

DALLAS - Former President George W. Bush will lead an effort to restore the public’s faith in the vote and election process.

A national poll from January shows only 20% of Americans were very confident in the current system.

That follows several false and unfounded conspiracies about the 2020 presidential election.

The Bush Institute will host an event Wednesday afternoon looking at how elections work, how to ensure integrity and how to reassure American citizens. 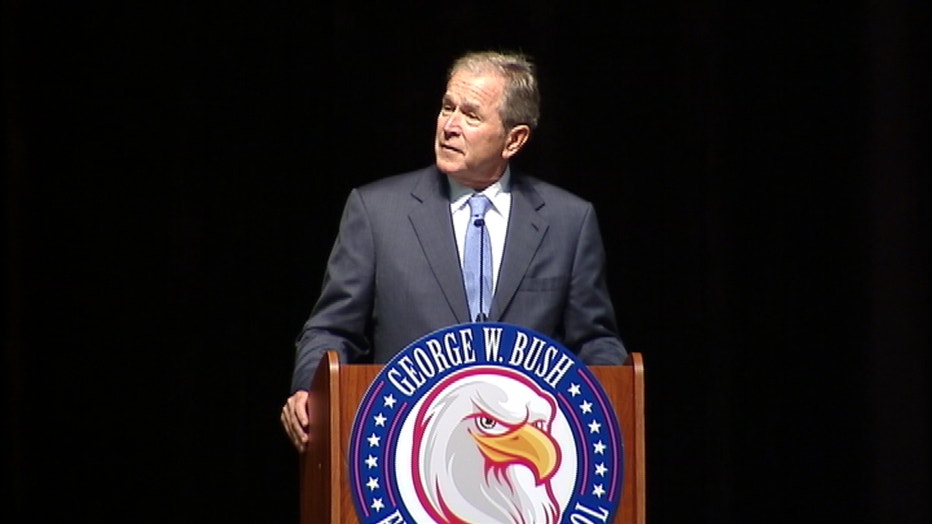 Mr. Bush is no stranger to a disputed election after his 2000 campaign was settled in court.

"One of the important things after that happened and after it was decided by the Supreme Court was that everyone accepted the results. And that's what's really important, right? Is we've got to have people feel faith in the decisions that are made, how it all works. So we'll explore that all today," said Holly Kuzmich, the executive director for the Bush Institute.

Wednesday’s event is the first in a series aimed at strengthening American democracy.

It will be streamed online. For more information, visit www.bushcenter.org/exhibits-and-events/events/2022/04/elections-a-perfect-union.html.