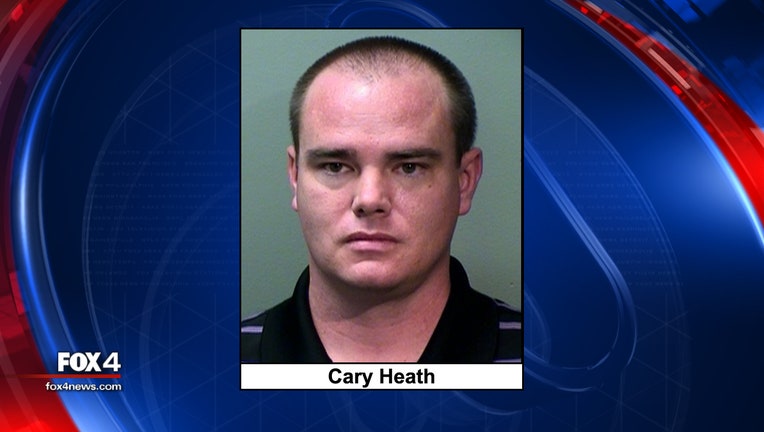 FORT WORTH, Texas - A former North Texas teacher was sentenced to life in prison for the murders of his two neighbors.

The murder happened in 2016 while Haros and Evans were hosting a Halloween party at their south Fort Worth home.

According to an arrest warrant affidavit, Heath talked to the victims and then left the party. He later returned with a rifle, rang the doorbell and ended up shooting his two neighbors outside their home.

The affidavit also states Heath returned home to hold his baby. He handed the child back to his wife and told her, "This is the last time I'll see the baby. I killed two people," the affidavit states.

Heath was arrested on the Permenter Middle School campus in Cedar Hill. Before his bio was removed from the school's website, it listed him as an eighth-grade science teacher who served in the U.S. Air Force for 13 years.

Heath's wife, Tiffany, also faces charges for allegedly trying to cover up the killings. His arrest warrant affidavit states he asked her to clean up blood evidence and hide the rifle used in the shootings.

Prosecutors never did explain the motive for the murders.

Heath is not eligible for parole.