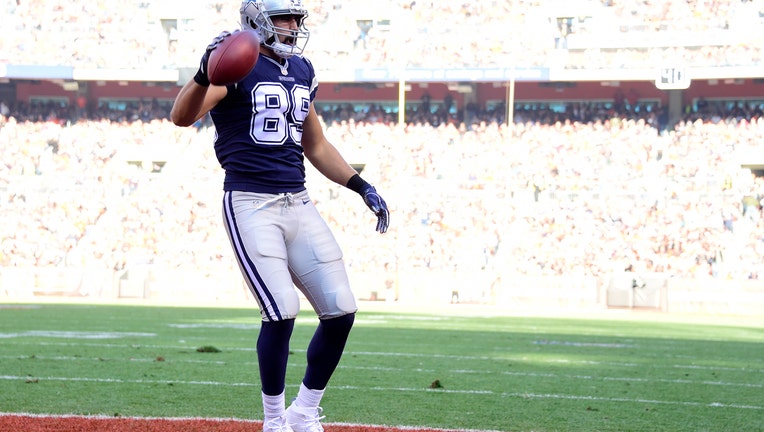 CLEVELAND, OH: Gavin Escobar #89 of the Dallas Cowboys celebrates his 2 yard touchdown catch in the second half against the Cleveland Browns at FirstEnergy Stadium on November 6, 2016 in Cleveland, Ohio. (Photo by Jason Miller/Getty Images)

Escobar spent six years in the NFL. Four of those were with the Cowboys.

The 31-year-old recently had a career change and joined California’s Long Beach Fire Department in February.

The department announced on Thursday that Escobar died during an off-duty incident. They said he fell while rock climbing in the San Bernardino National Forest on Wednesday.

Escobar leaves behind his wife and two children.