The NATO Alliance has held together since the start of the Russian invasion. That's due in part to the efforts of former Texas Senator Kay Bailey Hutchison, who lives in Dallas after serving as President Donald Trump's ambassador to NATO.

DALLAS - The NATO Alliance has held together since the start of the Russian invasion.

That's due in part to the efforts of former Texas Senator Kay Bailey Hutchison, who lives in Dallas after serving as President Donald Trump's ambassador to NATO.

Next week, President Joe Biden and NATO leaders will meet to discuss more ways to punish Vladimir Putin for Russia's invasion of Ukraine. They'll also tackle how to deliver billions of dollars in military aid and refugee assistance.

This week, President Biden announced $800 million in emergency security assistance to Ukraine that will pay for surface-to-air and anti-tank missiles, lethal drones and other weapons.

The U.S. has already imposed large sanctions on Russia, something former Ambassador Hutchison described as something we have never done before.

The president of Ukraine is asking the U.S. and other NATO allies for a 'humanitarian no-fly zone over their country," a request that the U.S. Defense Department has repeatedly advised against.

Ambassador Hutchison feels that the U.S. government is doing everything it can and says we have to be cautious about joining the Ukrainians' fight. 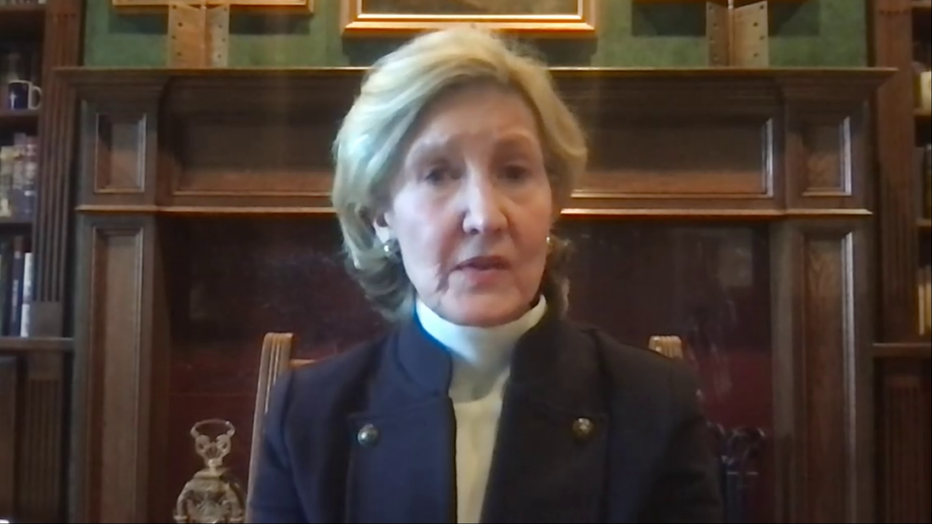 "We are listening to and coordinating with our NATO allies about how we can get more military help to them so they can fight for themselves, which is what they've asked for. And I think that is so important that we give them the tools for this fight because they are valiant," Hutchison said. "I think that we have done a lot more than we've ever done before in sanctions. And it is essential that we shut off the economy of Russia. Because if Putin doesn't feel any kind of inhibition, then he will just keep going even if it is destroying another sovereign nation like Ukraine."

One area that Hutchison says the Biden administration needs to improve in is producing more oil and gas to help Europe compensate for the loss of Russian supplies. But U.S. oil companies have said they are dealing with staffing and supply chain issues.

Also on Russia, Hutchison talked about WNBA star and Texas native Brittney Griner, who is in a Russian jail. She said Griner could be used as a pawn or bargaining chip by Putin.

Hutchison says it is imperative that the Russian government allows Griner to have contact with the U.S. embassy, something that has not been provided.