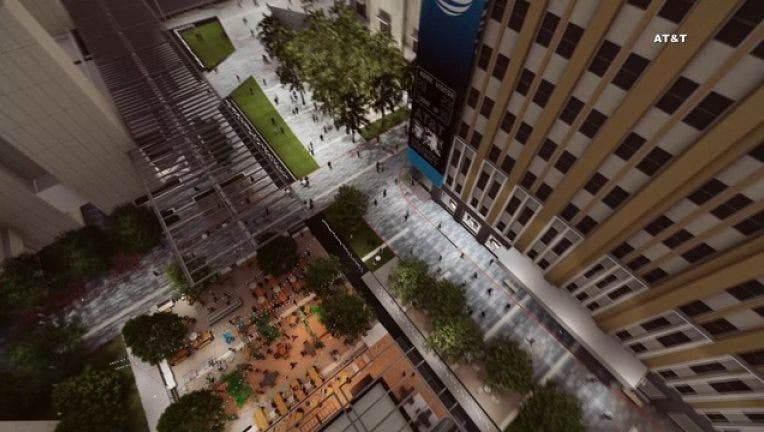 DALLAS - Downtown Dallas is set to have its first food hall when The Exchange opens at the AT&T Discovery District on Friday, June 25.

The Exchange food hall will have 16 restaurants and bars, including Rise+Thyme, Bobbers, The Dock, Revolver Taco, and Double Tap.

The building used to be as a telecommunication call center, so the name "is a nod to the old phone exchange boards used by AT&T during the building’s former life."

Some restaurants, Ounce, Ichi Ni San, and Hard Shake, have been open since earlier this year on the second floor.

The AT&T Discovery District, located at 211 S. Akard St., was a project by AT&T to help "revitalize downtown" by creating "a world-class workplace." The four-block, 2.4-acre district includes lounge and outdoor seating, and other features, including a 104-foot-tall, 6K Media Wall and a 30’ tall interactive Globe.