Large-scale cancellations will continue for a fourth day as Southwest Airlines digs itself out of the massive hole it created.

DALLAS - Large-scale cancellations will continue for a fourth day on Thursday as Southwest Airlines digs itself out of the massive hole it created.

Travelers are still struggling to re-book flights and reunite with their luggage, and it's becoming even clearer that plans for the upcoming holiday weekend will be affected.

Southwest Airlines scrubbed more than 2,500 flights Wednesday and 2,300 flights Thursday. That's nearly 60% of its schedule. About 100 of those flights are out of Dallas Love Field.

One Texas woman said the Southwest meltdown almost left her without a groom for her wedding. 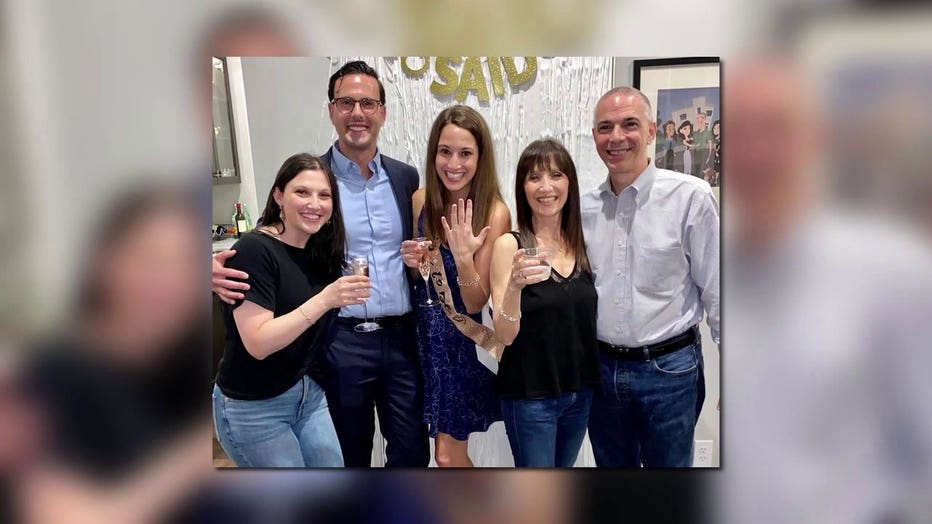 "You don’t expect the unexpected, and the groom potentially not being here was certainly not on my list of things that could go wrong," said Wendi Reichstein, who is nearing one of the most important days of her life. "Our wedding is on Saturday, it’s on New Year’s Eve."

Reichstein, who was born and raised in Texas but recently moved to Florida, is marrying her fiancé in Houston. They chose December for seasonal reasons.

"We were really just trying to avoid hurricane season because, you know, we’ve heard the nightmares about flooding," she said.

They did not expect a disastrous sequence of Southwest Airlines cancellations.

Flights for the groom, some family members, and ones in the wedding party were cancelled.

"And that was sort of the start of this snowball effect that has turned into the catastrophe that we have all seen now," Reichstein added. 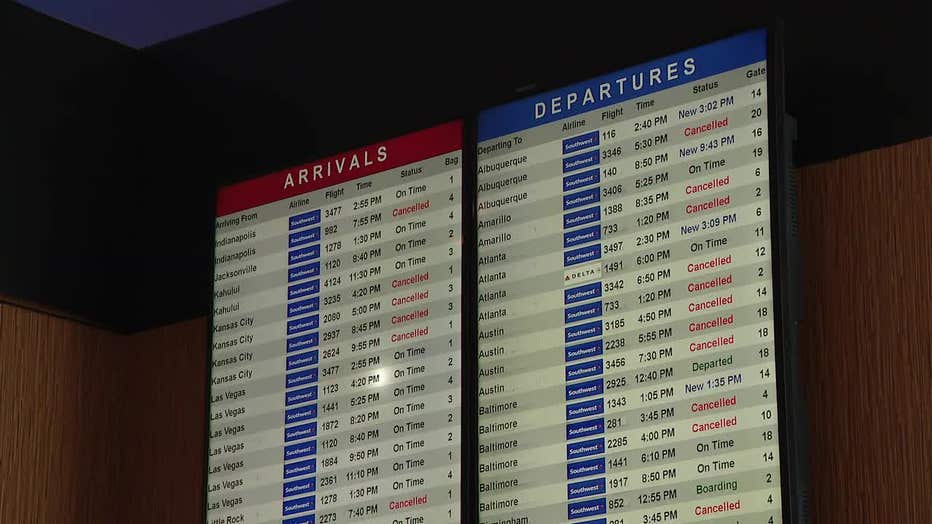 Some guests from across the country are now driving.

Others, including her fiancé, found flights on different airlines at a significant cost.

United and American Airlines, however, told FOX 4 they’re now placing price caps on airfare to and from select cities.

Southwest Airlines, on its website, tells customers affected by cancelled or delayed flights between December 24 and January 2 to submit receipts and it will honor "reasonable requests for reimbursement for meals, hotel and alternate transportation."

READ MORE: Southwest Flight Cancelations: What you may not know about rebooking flights, lost luggage

"This is such a critical week of travel," said Gabe Saglie, with Travelzoo.

Like many airports across the country, an overwhelming buildup of luggage at Dallas Love Field Airport is visible.

"They told us, like, don’t worry, your bags will get to Dallas before you, and I was like that don’t really make sense but when we got here, our bags wasn’t here," Jailon Welch explained.

"So we’ve been here for three days with no clothes," he added.

The union representing ground workers at Southwest Airlines said if airline managers had planned better, specifically cycling ground workers in and out of freezing conditions, the meltdown in recent days could’ve been lessened or averted.

"What we saw happen this weekend was we didn’t have that in place a lot of locations didn’t do that. They should have," said Randy Barnes, president of TWU Local 555 representing ground workers at Southwest Airlines.

Barnes said there weren’t enough crews to de-ice some planes across the country in a timely manner.

Wednesday, Southwest Airlines union reps took a call with members of Congress, who are looking into the massive meltdown. The U.S. department of transportation is investigating.

Reichstein is unsure how many people will miss her wedding. Some who have made it to town don’t have their luggage.

"A state of not knowing at this point," she said. "Yeah, and you know, going into this week, you know everyone told me don’t sweat the small stuff, you know, your wedding’s going to happen."

Unexpected, but she said it can always be worse.

"I know a lot of people are in a much more dire situation. They’re stranded, they don’t have stuff, they’re separated from their family," she added.

The airline’s CEO said it could be next week before the flight schedule returns to normal.