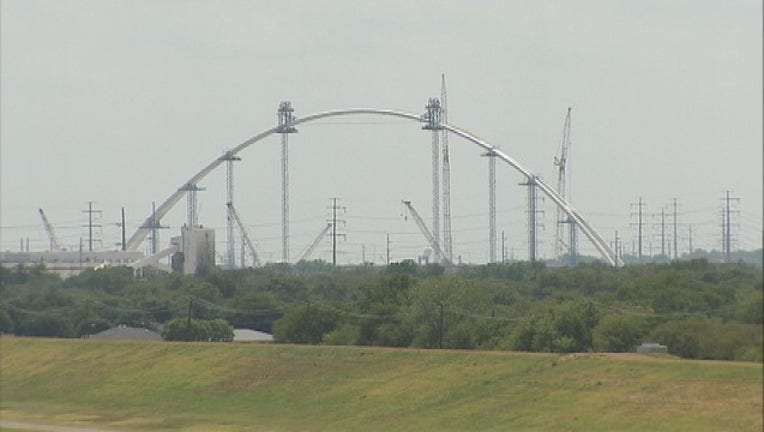 The highways around Downtown Dallas are in mid-transformation.

A major part of the Margaret McDermott Bridge is complete. However, there is still work ahead that will leave a lot of drivers in a tough spot.

The skyline of Dallas just keeps changing. This was just one milestone. The second arch is already underway on I-30 and expected to be finished completed by the end of next year.

But many people we talked to today found this arch, even though it's unfinished, striking.

It happened quietly and under the cover of darkness. Early Saturday morning the last piece of the arch on the McDermott Bridge on I-30 fell perfectly into place.

The 113 million dollar project will ultimately have an identical second arch on the north side of I-30 once completed. It will have a similar look to the Margaret Hunt Hill Bridge. After all it was designed by the same architect Santiago Calatrava.

The bridges are all part of TxDOT's 800 milllion dollar redo of the I-30 and I-35 interchange, called the Horseshoe Project.

The project is expected to be completed by the summer of 2017.