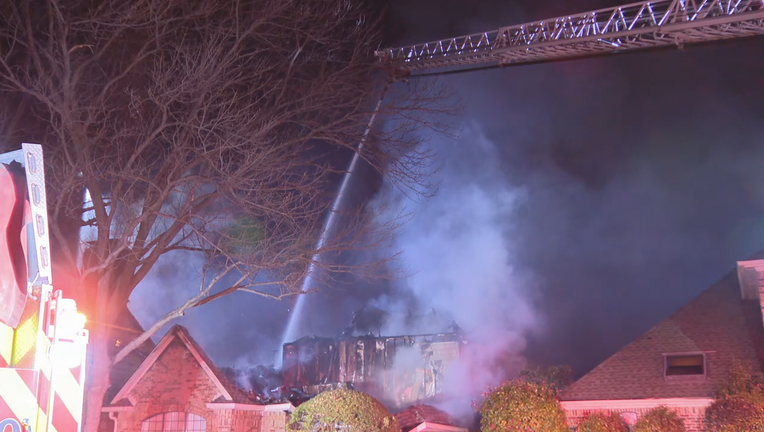 The first call came in just before 2 a.m.

Firefighters arrived to find smoke coming from the back of a house near Frankford and Preston roads.

Within 30 minutes, a second alarm went out.

The fire spread to the attic space, and firefighters evacuated and worked to attack the fire from the outside.

The cause of the fire has not been determined.

DFR said there were two people living inside the house. They were able to get out safely and seek refuge with a nearby family.