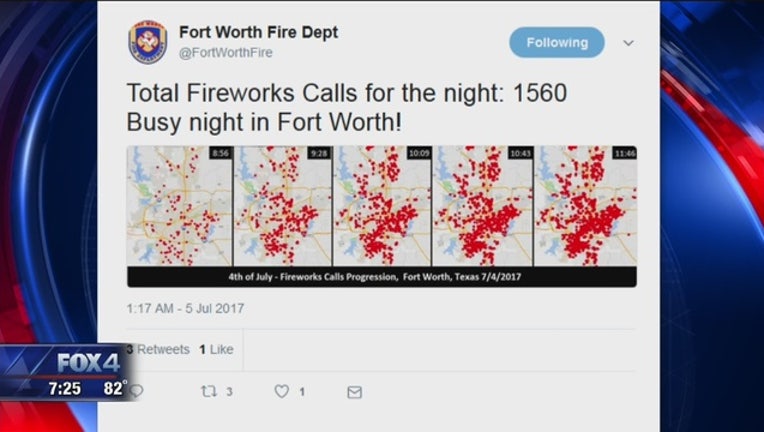 DALLAS - Police and firefighters did their best to keep people from using illegal fireworks on the Fourth of July.

Dallas Fire Rescue went to several popular spots for illegal fireworks. They warned some people but did not issue any citations.