The dry weather and increasing winds are fueling wildfires in North Texas. One fire near Possum Kingdom Lake in Palo Pinto County has prompted evacuations and destroyed some homes.

Near Possum Kingdom Lake in Palo Pinto County, an extremely destructive wildfire has already destroyed waterfront homes and lake houses. At least check, it had burned at least 500 acres and was about 10% contained.

People who live in the area were told to evacuate. That evacuation order was lifted overnight. 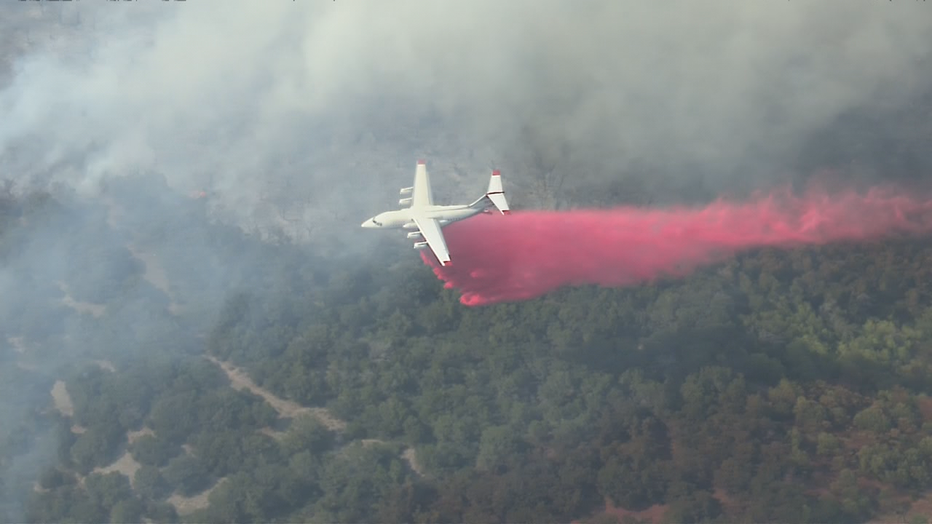 Reports about the fire came in around 1 p.m. Monday afternoon. Two reporters for area online news outlets were out on the lake around the time.

"Went to check to make sure people didn’t need help evacuating before the game wardens came. Because we were some of the first ones on the scene," said Bryce Gentry with the Possum Kingdom Lake Reporter.

Gentry said he watched aircraft grab water from the lake and dump it on hotspots.

"The amount of cedars we have out here, it’s just like a match box ready to be lit," he said.

An extremely destructive wildfire at Possum Kingdom Lake in Palo Pinto County destroyed waterfront homes and lake houses. The Texas A&M Forest Service brought out resources to try to get control of the fire that burned at least 300 acres. At least check, it was 0% contained.

Turner said the stuff that's fueling the fire is drier than it's been in years thanks to drought conditions.

"We are experiencing dry fuels to a level that we haven't seen in the past ten year," he said. "Any spark that lands in tall grass or even lands in some short grass right now is liable to spark."

Turner said this wildfire season could rival the one from 2011.

"This year is going to be a record book year," he said.

Gentry said the area impacted by the wildfire is less populated and mostly vacation homes. But one nearby church did take in several evacuees. 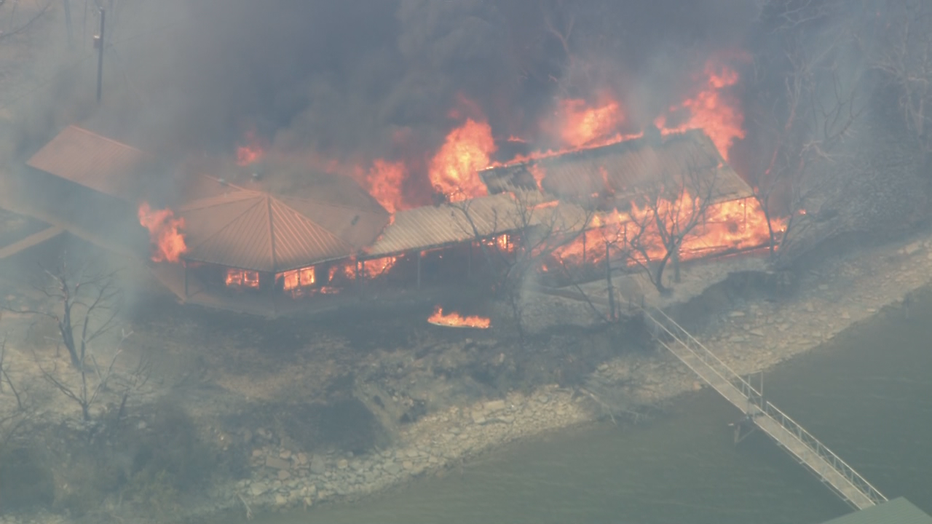 Meanwhile, another fire called the Chalk Mountain Fire has burned about 4,000 acres in Somervell County near Dinosaur State Park just outside of Glen Rose. It's only about 10% contained.

The Texas A&M Forest Service said it is being fought form the ground and air. Bulldozers dug fire lines to protect structures. It's not clear yet how much damage has been caused by the fire.

Over in southern Tarrant County, another brush fire threatened a neighborhood near the Mansfield/ Rendon border just off Highway 287. Crews worked to put out that fire, and homeowners with garden hoses watered down their property.

No injuries have been reported in any of the fires.