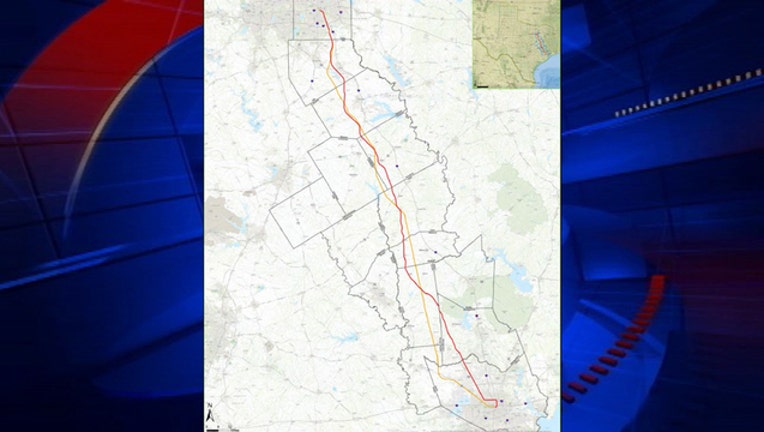 A proposed bullet train between Dallas and Houston has taken a big step to becoming reality.

The Federal Railroad Administration this week approved the corridor for the train that follows major electrical transmission lines between the two cities. An estimated 70 percent of the route is along the utility corridor, which lessens the battle for potential right of way issues.

The high-speed rail line would take commuters from Dallas to Houston and vice versa in under 90 minutes through mainly rural areas. The Dallas station would be near the Dallas Convention Center in downtown, but its exact location hasn’t been finalized.

“We’re down to one corridor with numerous potential alignments,” Texas Central CEO Tim Keith told the Dallas Business Journal. “It’s called the utilities corridor. By being next to the transmission lines, it helps them and us solve our distribution problems for access to electricity. We can reduce the demand for substations because we have electricity feeding us.”

Although the corridor has been decided, a decision on the exact pathway of the train hasn't been reached.

Texas Central Partners is the company behind the high-speed rail project, which will be privately funded. Last month it announced it had raised the first chunk of the $10 billion needed for the project.