SAN ANTONIO, Texas - The father of a missing 3-year-old girl says that he and his wife "have not eaten or slept" since their daughter disappeared from a playground in Texas on Monday evening, according to a local report.

Lina Sadar Khil was with her mother at the playground near their San Antonio apartment complex when she vanished. The Texas Department of Public Safety called Lina an "abducted child" in an amber alert that was issued on Monday evening.

"During our entire lives we have not been as saddened as we were yesterday and today," Lina’s father, Riaz Sardar Khil, told KENS-TV through a translator. Khil said his family came to the U.S. in 2019 after fleeing from threats in Afghanistan.

The family told the station that the FBI and local law enforcement has questioned them as the desperate search continues.

Khil said that his wife was watching their daughter on the playground, but that the child wandered to a nearby path and disappeared. 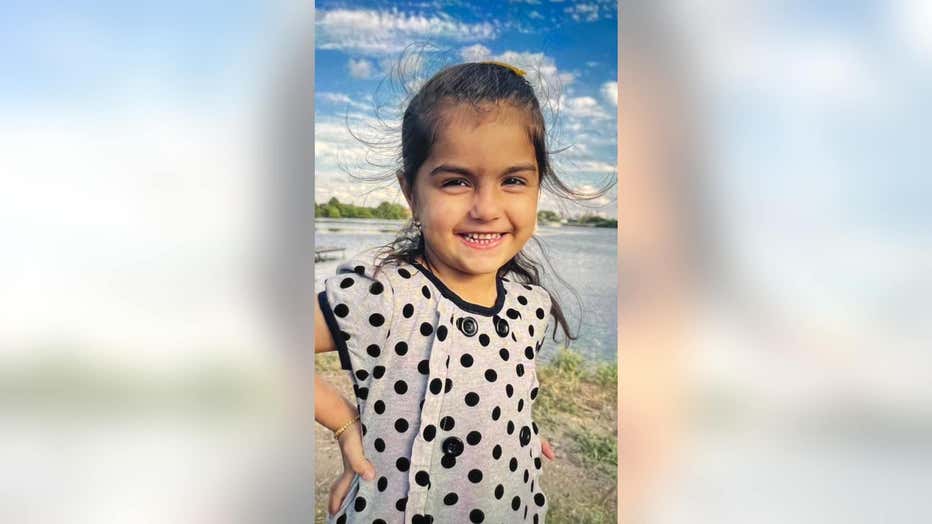 San Antonio Police Chief William McManus said on Tuesday that police and the FBI are searching by ground and by air for the child.

"We have every available asset at the police department working on this case right now," McManus said. "We are sparing no assets, nor resources trying to find 3-year-old Lina."

McManus said that both parents are doing everything they can to find their daughter.

"Their state is what you might expect of a parent whose child is missing and has been missing for some time," the police chief said.

Lina is about 4 feet tall, weighs 55 pounds, and was last seen wearing a red dress, black jacket, and black shoes.

Anyone with information about Lina's disappearance can call the San Antonio Police Department at 210-207-7660.