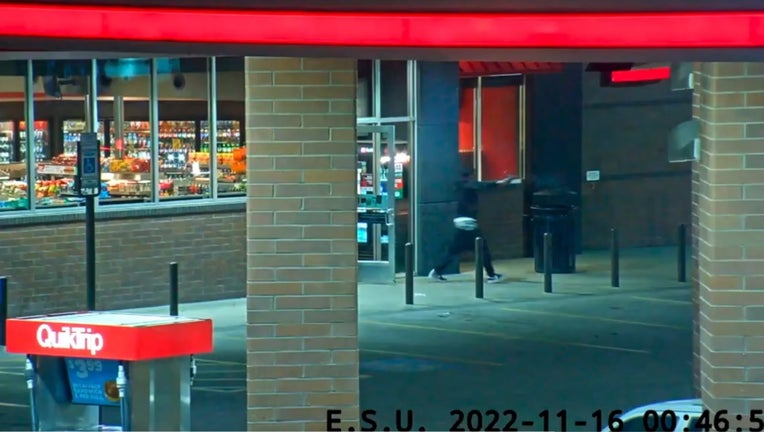 FORT WORTH, Texas - Fort Worth police have released surveillance and bodycam video of an officer-involved shooting earlier this week that resulted in the death of the armed suspect.

One of the 911 calls was also released by police before officers were dispatched to the QT gas station on NE 28th Street, just after 12:30 a.m. on Wednesday.

The caller, a store employee, said a man was inside the convenience store walking back and forth with a gun. She said the suspect, later identified as 31-year-old Joe Don Williams, was armed with a handgun, and he told her to call police.

The employee said she was "terrified," and was concerned about officers if the suspect started shooting at them, but she told the dispatcher the suspect didn't specifically say he was going to shoot at officers.

Responding officers got people out of the parking lot.

Officers later approached the store to get sight of the suspect and check if there were any other innocent people inside the store.

Surveillance video shows Williams fired two shots as officers got near the store.

Less than 30 seconds later, police said Williams then walked out the front door and fired shots at vehicles that were leaving the parking lot and officers directing traffic.

RELATED: Suspect killed in shootout with Fort Worth police at gas station

Officers then moved in to give Williams medical attention. He was taken to a hospital, where he was pronounced dead.

No officers or citizens were hurt in the shooting.

Police said the completed investigation and all the evidence collected will be turned over to the Tarrant County District Attorney's Office and be reviewed by a grand jury.