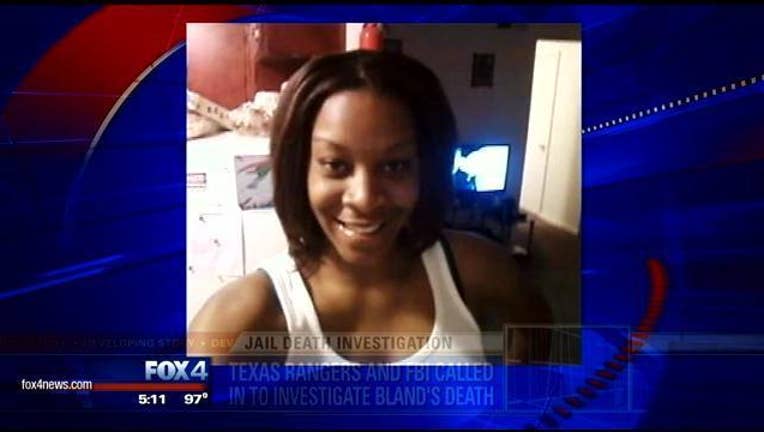 The family of a Chicago-area woman found dead in a Texas jail cell last week is ordering an independent autopsy, their lawyer says.

Authorities say Bland hanged herself with a plastic bag three days after being pulled over by police for a traffic violation and then arrested for allegedly kicking an officer during the stop. Friends and family have questioned that account.

The 28-year-old black woman's death at the Waller County jail, about 60 miles northwest of Houston, comes amid increased national scrutiny of police after a series of high-profile cases in which blacks have been killed by officers.

The following is a breakdown of the case:

Bland, who was from Naperville, Illinois, was stopped for failing to signal a lane change on July 10 in Waller County. She was in Texas interviewing for a job at nearby Prairie View A&M University, a historically black college from which she graduated in 2009.

The Texas Department of Public Safety says the state trooper who pulled her over planned to give her a written warning but she became uncooperative and argumentative. She was arrested after she allegedly kicked an officer and then was taken to the county jail in Hempstead. She was still in jail Monday awaiting posting of bond when she was found dead in her cell. A medical examiner ruled her death a suicide caused by asphyxiation.

WHAT FAMILY AND FRIENDS SAY:

Family members and friends insist Bland was looking forward to a new job at her former school and that she gave no indication she was in such an emotional state that she would kill herself. Lambert, the attorney hired by Bland's family, says some relatives believe she was killed and the family wants more information from an investigation.

However, Bland had posted a video to her Facebook page in March, saying she was suffering from "a little bit of depression as well as PTSD," or post-traumatic stress disorder. Friend and mentor LaVaughn Mosley of Prairie View believes Bland was just venting after a bad day.

Hundreds of worshippers, many wearing white ribbons with a photo of Bland, held a silent prayer walk Sunday at the church she attended in Lisle, Illinois.

Waller County District Attorney Elton Mathis says no cameras were in the jail cell where Bland was found dead. But he says videos from cameras monitoring the hall outside her cell show no one entered or left it between the time she last spoke with deputies through an intercom system and when her body was discovered.

The Texas Department of Public Safety says the trooper who pulled Bland over violated traffic stop procedures and the department's courtesy policy. The trooper is on administrative leave pending the outcome of an investigation. A spokesman with the agency says how the trooper violated procedures is still being determined.

The Texas Rangers and the FBI are investigating. The county district attorney says a grand jury doesn't meet again until August. He says he doesn't expect investigation results to be turned over to the panel until then. The district attorney and investigators expect to meet with Bland's relatives this week.