Family remembers 6-year-old killed by suspected drunk driver: 'There was no goodbye'

6-year-old Mike Richardson was playing basketball outside when the driver of a Tahoe struck and killed him. The boy's family doesn't have any words for the man arrested for killing him. They're still trying to process the loss.

GRAND PRAIRIE, Texas - The mother of a little boy killed by an intoxicated driver in Grand Prairie says she never even got a chance to say goodbye.

6-year-old Mike Richardson was playing basketball outside when the driver of a Tahoe struck and killed him.

The boy's family doesn't have any words for the man arrested for killing him. They're still trying to process the loss.

The 6-year-old was outside playing with his older sister. The 11-year-old sister witnessed the moment her brother was hit and went to grab their mother. 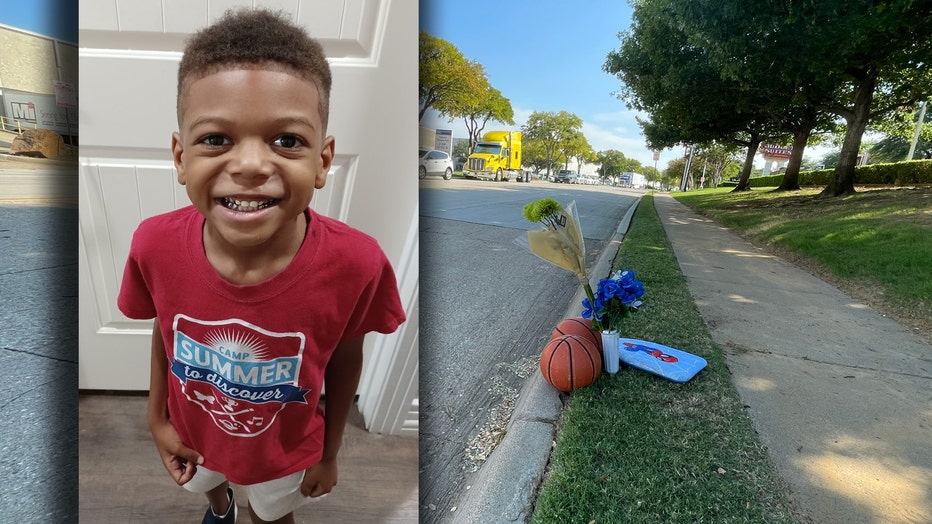 Shade Jenkins clutches the one thing that she says brings her the closest to her 6-year-old son: his dinosaur blanket.

"I take it everywhere with me now," she said. "He was such a sweet boy. Always wanted to make friends anywhere he went. He was so loving. He hugged you when you were crying. There was no goodbye."

The grieving mother remembers her son and 11-year-old daughter walking out of their room at Grand Prairie’s Budget Suites to go play Saturday around 8 p.m.

Jenkins says she stayed inside to watch her 5-month-old.

"My daughter just came through the door and told me," she recalled.

Just feet away, the 6-year-old was killed by a suspected drunk driver while crossing the street off Regency Drive.

Grand Prairie police say 35-year-old Herschel Pearson was intoxicated when he struck the boy with his SUV.

Skid marks and red spray paint mark where police say Pearson swerved, hit the child and then ran into the back of a semi-trailer.

Monday on the sidewalk, a makeshift memorial continues to grow.

Former neighbor Bonnie Jameson as she dropped off balloons.

"If you are going to drink, stay home and drink. Don’t get behind a vehicle because you don’t know what going to happen when you do," she said.

Grand Prairie police tell FOX 4 that Pearson failed a sobriety test at the scene. He was taken to the hospital with minor injuries before he was booked for intoxication manslaughter. 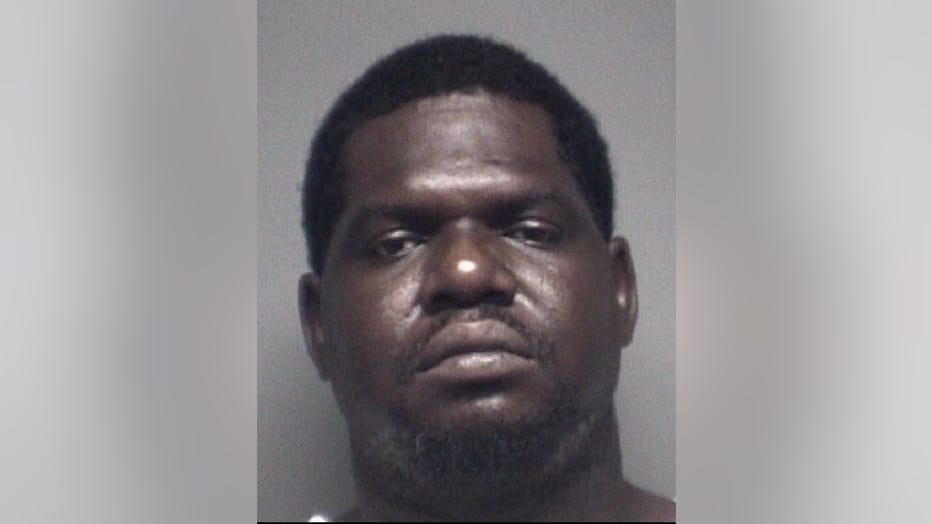 6-year-old Mike is named after his father, Michael Richardson.

The boy’s parents say he was being homeschooled for first grade after finishing kindergarten at Larsen Elementary School. They say he loved basketball and Marvel movies.

"People would say the world doesn’t deserve him because he was so special," Jenkins said.

She is now trying to comprehend how their world has changed.

"When you get the opportunity, love them," Jenkins said. "You never know when it’s going to be the last time you see them."