A North Texas mother created one group that is now helping strangers across the country get some baby formula.

The first of several military planes carrying baby formula from Europe arrived in the U.S. Sunday, as work is being done to relieve the nationwide shortage.

Meanwhile, parents are taking to social media asking for help.

A North Texas mother created one group that is now helping strangers across the country.

"It’s scary times, and when you become a parent, people say it takes a village," mother Heather Figueroa said. "And sometimes, you know, just like the pandemic, we really have to work together."

Figueroa created her own village in a Facebook group called "Formula Train."

While Figueroa is running low on her 6-month-old’s special formula, she’s making sure babies across the country can be fed.

With one click, close to 1,000 parents can check the online group to see if the formula they need is in a different city.

"I go live, so it brings in more of an audience and they can comment right away," she said. "They are like, ‘I need that, can you please, you know?"

Figueroa said she’s paying for the formula and the shipping costs, out of pocket.

Any other parents in the group can do the same.

Cortnie Langley, who lives in New Hampshire, has become a scouter for the group.

"The more we grow, the more access we have to families," Langley explained. "We never know how this works, and this distribution is going to play out in the end."

Nearly half of all baby formula is out of stock in the U.S., but the first sign of relief came Sunday.

Aboard Operation Fly Formula, 78,000 pounds of baby formula arrived in Indianapolis from Germany.

RELATED: Baby formula shortage: 78,000 pounds of formula arrives in US 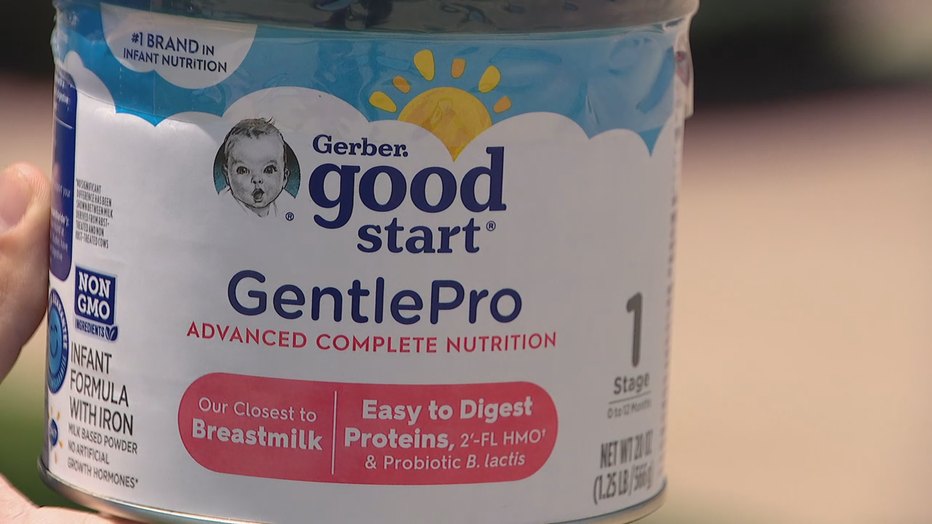 The Biden administration released images of U.S. soldiers transporting formula while trying to take on the nationwide shortage, which is a result of supply chain issues combined with Abbott Nutrition being forced to close a large plant due to contamination recalls.

Hours after the first batch arrived, the U.S. government announced a second shipment is already in the works, set to land in Washington sometime this week.

The pallets will be inspected and then delivered first to hospitals and medical providers.

The timeline for when parents could see them is still unclear.

"It’s still going to take all of us working together," Figueroa said. "It’s not like they are going to get restocked tomorrow."

And even when they do, Langley worries they will be back in the same struggle.

"It’s going to fly off the shelves. People are going to have back stocks in their cabinets and everything," she said.

That’s why Figueroa said her Facebook group is here to stay.

Abbott Nutrition hopes the plant can re-open within the next two weeks, but shipments out could take up to two months to arrive in stores.