Facebook says it's limiting new political as their way of trying to limit misinformation that could lead to civil unrest.

DALLAS - Beginning Tuesday, Facebook will not accept any new political ads through at least Election Day.

Facebook says it’s their way of trying to limit misinformation that could lead to civil unrest.

No new political ads will be allowed about candidates, campaigns or causes. Some say this move by Facebook won't have the impact it would have had in a normal election season because so many people have already voted. 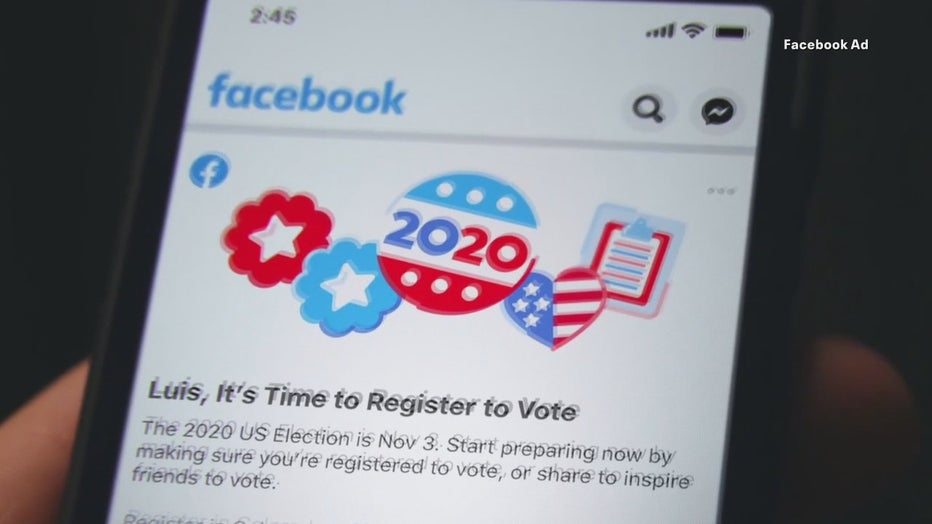 “We can appreciate that social media and the big tech firms are realizing that their products are having an effect on our discourse,” said Dr. Jared Schroeder, SMU Associate Professor of Journalism.

Facebook says it’s because of the climate in the country and to prevent deliberately false content being spread online along with misinformation that is spread more accidentally.

But Dr. Schroeder says not taking new political ads isn’t the firewall to stop rumors and fake news posing as facts because ads, he says, are not our influencers.

“It’s your weird Uncle Bob, he sends you something and you send it to somebody else and they send it to 16 other people,” Dr. Schroeder said. “And before you know it, something that is completely untrue has flowed all through the system. People believe it because it came from someone they trust.”

“Currently right now. they're happening. The conversations are happening all over Facebook,” said Jo Trizila, a public relations and marketing specialist. “Every other post is about the political climate, whether you're red or whether you're blue.”

For Dr. Schroeder, the ad ban is too little too late.

“It depends on how close the election is,” he said. “I can’t even imagine the number of crazy conspiracy theories and purposeful efforts by foreign and domestic actors who are trying to manipulate the outcome of the election.”

No new ads, but those that have made the cut will still be in your timeline. Some will look at Instagram now to get their messages out.

Last month, Google announced that it would also stop political ads that mention a particular candidate or an election outcome until at least Nov. 10.