Former general manager for the Dallas Mavericks Donnie Nelson has filed a lawsuit alleging he was fired in retaliation for reporting that an executive for the Mavs sexually harassed and sexually assaulted his nephew.

Former general manager for the Dallas Mavericks Donnie Nelson has filed a lawsuit alleging he was fired in retaliation for reporting that an executive for the Mavs sexually harassed and sexually assaulted his nephew.

The lawsuit filed in Dallas County alleges that Jason Lutin, who is said to be Mark Cuban's chief of staff and "right-hand person" in the lawsuit, assaulted and harassed Nelson’s nephew in a hotel room during the 2020 All-Star Weekend in Chicago.

Nelson reportedly asked Lutin to meet with his nephew for possible job opportunities in the sports and entertainment industry. After a meeting with the Nelson family, the lawsuit claims Lutin asked to meet with him in an NBA-sponsored hotel room. 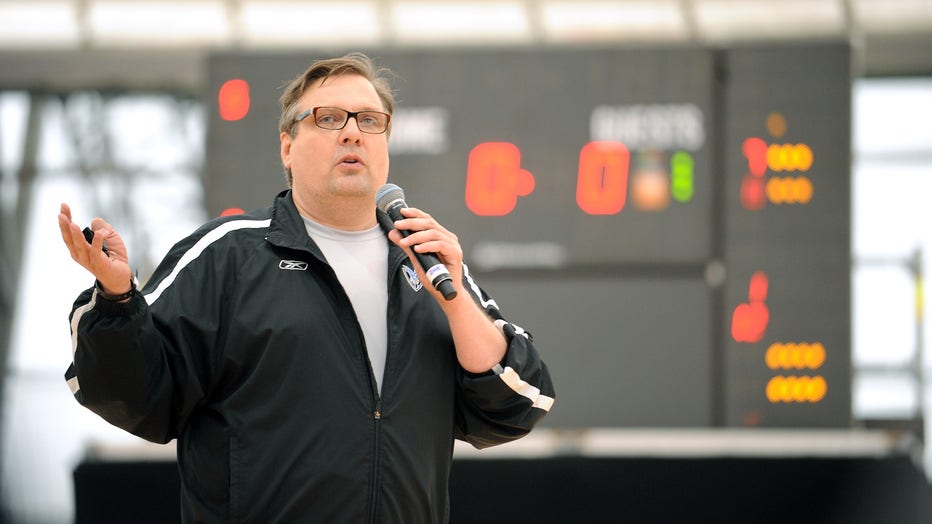 LONDON, ENGLAND - MAY 11: Donnie Nelson, NBA Coach during the Coaching Clinic as part of Turkish Airlines Euroleague Final Four at London Soccerdome on May 11, 2013 in London, United Kingdom. (Photo by Luca Sgamellotti/Euroleague Basketball via Getty

That is where the lawsuit alleges Lutin sexually harassed and sexually assaulted Nelson’s nephew.

According to the lawsuit, Nelson’s nephew reported this to the team, and Cuban’s reaction was to "sweep Lutin‘s sexual harassment and sexual assault under the rug."

Nelson said he didn’t learn of the allegations until five months later. And when he reported the allegations, he was "asked to sign a confidentiality agreement to keep quiet about Lutin's sexual harassment in the hotel room."

Cuban then gave Nelson "the proverbially cold shoulder," and Nelson was fired in June.

Nelson then filed an EEOC charge against the Mavericks for illegal retaliation for firing him.

The lawsuit also alleges Cuban offered Nelson $52 million to withdraw the illegal retaliation termination claim and sign a confidentiality agreement regarding the alleged harassment and abuse of his nephew.

When asked for comment, Cuban sent the following statement to FOX 4:

"The filing is full of lies and ridiculous. The NBA is and was fully aware of our investigation into Mr. Nelson and his claims. They fully supported our conclusion that the only person to violate The Mavs and NBA policies was Mr. Nelson, and they were fully supportive of our decision to terminate Mr. Nelson. I can only guess that this is sour grapes and a way to try to get back at us for firing him."

The Mavericks also gave FOX 4 a statement about the allegations:

"Allegations that were brought against Jason Lutin were promptly and thoroughly investigated by outside investigators and counsel.  The NBA was immediately made aware of the allegations.  The claims were determined to be fabricated and the matter was resolved.

"Separately, Mr. Nelson refused to cooperate with the investigators that were looking into his behavior.

"Nelson’s claims of being terminated because of retaliation are completely unfounded and the lawsuit filed today is baseless and full of lies.

"The Mavs have always intended to hold private the inappropriate actions of Donnie Nelson that led to his termination."