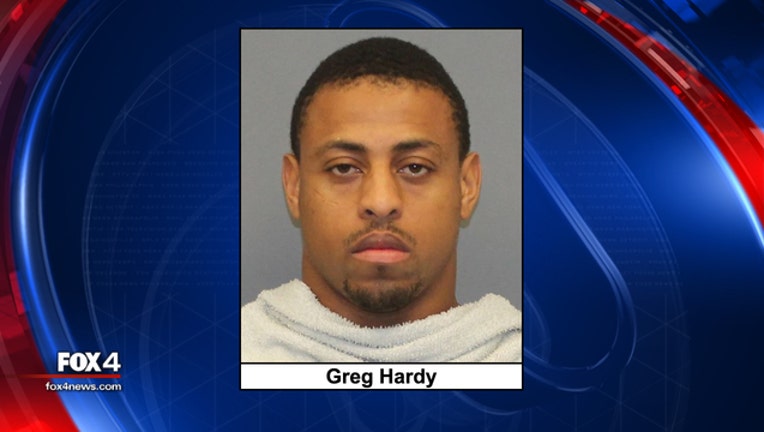 Hardy was arrested overnight during a traffic stop for felony possession of a controlled substance. Police said cocaine was found in Hardy's vehicle during the traffic stop.

The Cowboys opted not to re-sign Hardy during the 2016 offseason. Hardy's production dropped significantly as the losses mounted in a 4-12 2015 season. Hardy served a four-game suspension related to his domestic violence case. The NFL's original ban of 10 games was reduced on appeal.

Photos of his bruised ex-girlfriend from the domestic case were released online last November. Less than a week later, the former Carolina Panthers star changed his Twitter bio with what amounted to a declaration of innocence and a claim of discrimination in the case.