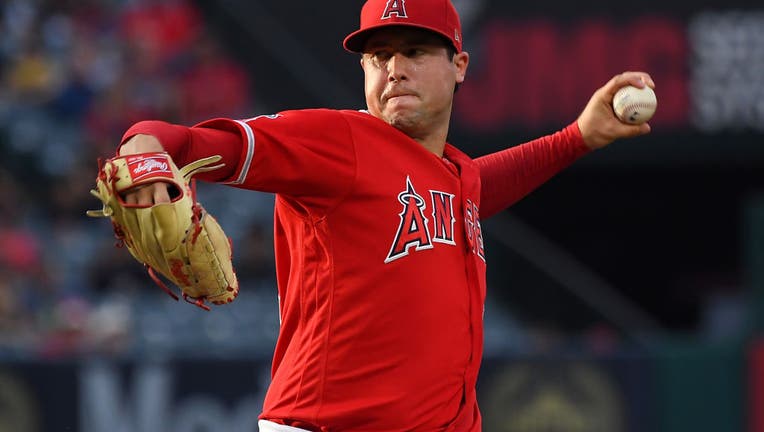 Kay, 45, is charged with distributing the fentanyl that resulted in Skaggs' death. The indictment returned in Texas also alleges Kay and others who are not named conspired to possess with intent to distribute fentanyl beginning in or before 2017, according to the U.S. Attorney's Office in Dallas.

Kay was arrested by federal authorities Aug. 7 on a charge of distributing fentanyl, but had not yet entered a plea.

Kay's attorney, Michael Molfetta, issued a statement after his client's arrest saying that Kay would "wait for the appropriate time to address the allegation."

Skaggs, 27, was found dead in his hotel room at the Southlake Town Square Hilton on July 1, 2019. The Angels were staying at the hotel while in town to play the Texas Rangers.

"During the course of the investigation, I learned that (Skaggs) and Kay had a history of narcotic transactions, including several exchanges wherein Kay acquired oxycodone pills for (Skaggs) and others from Kay's source(s) in the days leading up to and surrounding (Skaggs') overdose death," Lindenberg wrote in the affidavit.

"The circumstances surrounding his death are a tragedy that has impacted countless individuals and families," according to the team. "The Angels organization has fully cooperated with law enforcement and Major League Baseball. Additionally, in order to comprehensively understand the circumstances that led to his death, we hired a former federal prosecutor to conduct an independent investigation.

"We learned that there was unacceptable behavior inconsistent with our code of conduct, and we took steps to address it. Our investigation also confirmed that no one in management was aware, or informed, of any employee providing opioids to any player, nor that Tyler was using opioids. As we try to heal from the loss of Tyler, we continue to work with authorities as they complete their investigation."

It was not immediately known when Kay would be arraigned.

Read the full indictment below: