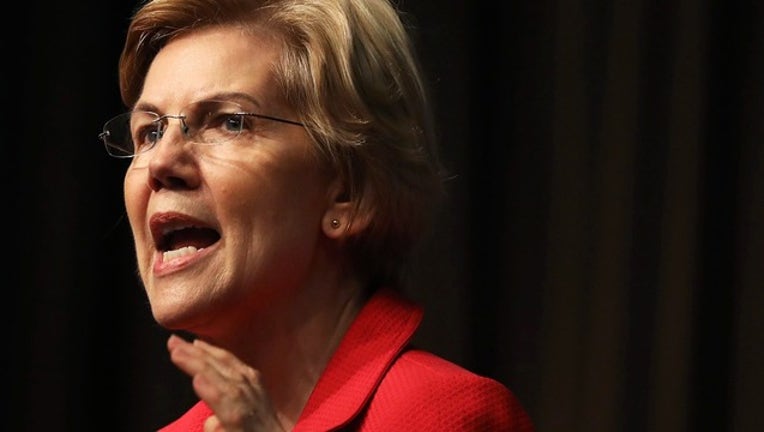 The strong showing leaves the Massachusetts senator behind only Pete Buttigieg, the South Bend, Indiana, mayor who reported nearly $25 million, and former Vice President Joe Biden, who has tallied $21.5 million since his candidacy began in late April.

Perhaps most notably, Warren raised more money than Sanders, who is also vying for liberal voters and is the only other candidate who has joined her in swearing off high-dollar fundraisers.

The strong showing signals the grip Warren is gaining over the party's progressive base. Sanders easily won over these voters during the 2016 presidential primary as the sole liberal alternative to Hillary Clinton. But he faces more competition during his second run, and Warren's steady stream of ambitious policy plans may come at his expense.

"To sum it up: We raised more money than any other 100% grassroots-funded campaign," said Roger Lau, Warren's campaign manager, said in a glancing reference to Sanders. "That's big."

Warren more than tripled the $6 million she raised in the first three months of 2019 , when she silenced some skeptics of her long-term fundraising viability following her decision to rely on grassroots rather than high-dollar donations. The campaign's $19.1 million came from more than 384,000 contributors giving more than 683,000 donations.

Warren's extensive organizing apparatus, particularly in early voting primary states, remains both a formidable asset - and a significant cost - as the campaign prepares to report $19.7 million in cash on hand. Her operation counts more than 300 paid staff members, 60% of whom are in the four early voting states of Iowa, New Hampshire, South Carolina and Nevada, according to the campaign.

While a staffing footprint of that size is likely to spark questions about Warren's high spending rate among some of her presidential rivals, her team has already underlined its confidence that the campaign will have enough resources for the long term.

"Overall, the Warren operation has a six-figure number of people who own a piece of the campaign and an eight-figure amount of money to go execute the plan. So, game on," Warren adviser Joe Rospars tweeted after her first quarter fundraising tally emerged.

Beyond Sanders, Warren's success also could pose a threat to California Sen. Kamala Harris, whose $12 million second quarter fundraising got a major boost in the final days of last month from her performance in the first Democratic debate. Both Warren and Harris hold a natural appeal to Democratic voters seeking to select a female nominee to go up against Trump, and Warren is making headway with black women even as Harris seeks a foothold as the primary's lone black female candidate.

As Warren rises in the fundraising chase, she has also gained strength in some Democratic primary polls conducted since the first round of debates. While Biden appears to remain the front-runner, his margin over the pack of candidates that includes Warren, Sanders and Harris has narrowed. A national poll released last week by Quinnipiac University also found Warren increasing her standing among voters as the candidate with superior policy proposals.

Warren's energetic output of policy proposals has helped her push past a rocky start in the primary. That fast pace isn't likely to change as the Democratic campaign nears an expected winnowing from about two dozen candidates.

This week alone, Warren is scheduled to hold a town hall in Milwaukee after joining a half-dozen other Democratic presidential hopefuls at a gathering hosted by the League of United Latin American Citizens. She'll then head to Philadelphia for Netroots Nation, an annual conference for progressive activists.

"In the weeks and months ahead, we'll keep growing our movement across the country and Elizabeth will keep rolling out new plans to level the playing field for working people," Lau wrote in an email to supporters.

Warren was already a guaranteed presence in this fall's Democratic primary debates, which require at least 130,000 donors as well as minimum polling performance, according to rules set by the Democratic National Committee. She'll likely be joined on that stage in the fall by a rival whose showing she praised after last month's first debate: former Housing Secretary Julián Castro, who reported on Monday that he had met the higher donor threshold needed to qualify.