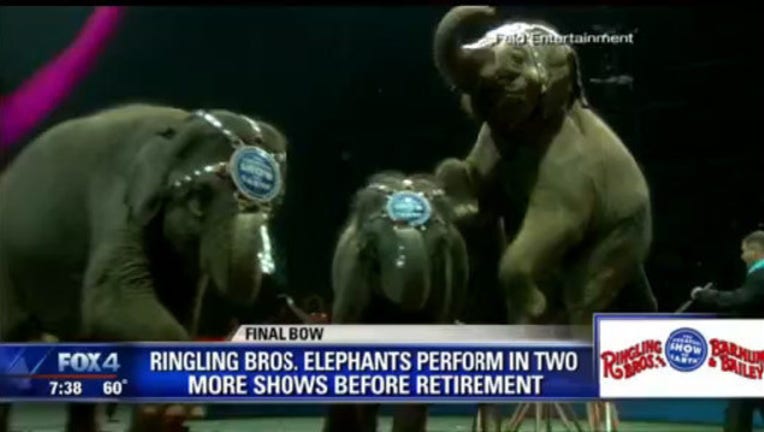 PROVIDENCE, R.I. (AP) — Elephants will perform for the last time at the Ringling Bros. and Barnum & Bailey Circus on Sunday.

The move closes the circus' chapter on a controversial practice that has entertained audiences since circuses began in America two centuries ago.

Six Asian elephants will deliver their final performances in Providence, Rhode Island, and five will perform in Wilkes Barre, Pennsylvania, during several shows on Sunday.

The last Providence show will stream live on Facebook and at Ringling.com at 7:45 p.m.

The Humane Society says more than a dozen other circuses continue with elephant acts, but none tour as widely or are as well-known as Ringling Bros.

The animals will retire to Ringling's 200-acre Center for Elephant Conservation in Florida.