The crash was reported just after 7 p.m. local time in the area of El Cajon, a city located about 17 miles northeast of downtown San Diego. The San Diego Sheriff’s Department said no survivors were found at the scene.

Federal investigators confirmed to FOX 5 San Diego that the aircraft was a Learjet 35 business jet with four people on board that had departed John Wayne Airport in Orange County and was headed to Gillespie Field Airport in San Diego County.

"We offer our deepest sympathies to the loved ones of those we lost in a plane crash in unincorporated El Cajon," the San Diego Sheriff’s Department said in a statement.

Officials said no injuries were reported on the ground. One home was damaged and power lines in the area were knocked down, resulting in some power outages for area residents.

Video from the scene, filmed by Haley Diedrich, showed large plumes of smoke billowing from the wreckage.

"It flew over our house and it sounded like it was about to hit us, I’ve never heard a plane sound that loud we knew something wasn’t right so we ran outside and saw the whole thing happen," Diedrich told Storyful. "The sky instantly became bright orange and smoke everywhere." 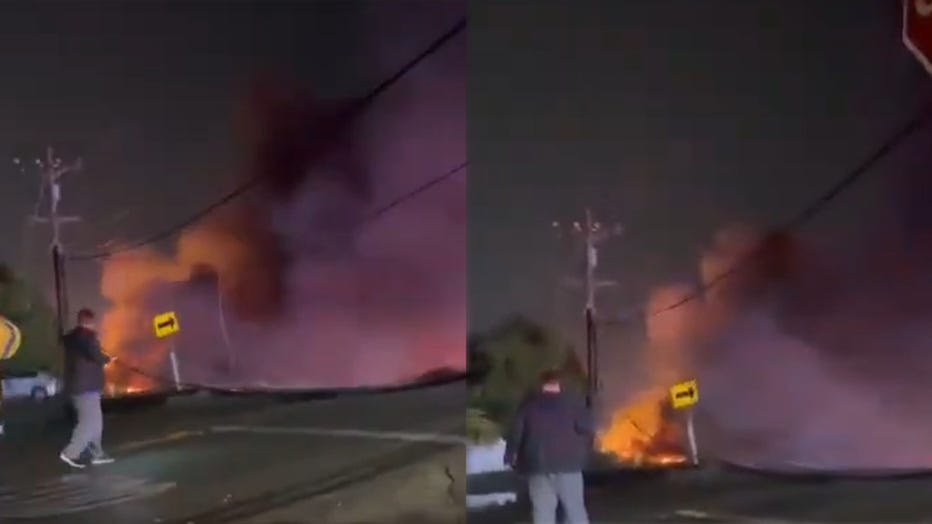 Screengrabs from a video show the plane crash scene near El Cajon, California, on Dec. 27, 2021. (Credit: Haley Diedrich via Storyful)

The Federal Aviation Administration and National Transportation Safety Board were both probing the deadly crash.

"The NTSB will be in charge of the investigation and will provide all updates. Neither agency identifies people involved in aircraft accidents,"  Rick Breitenfeldt, an FAA spokesperson, told FOX 5.