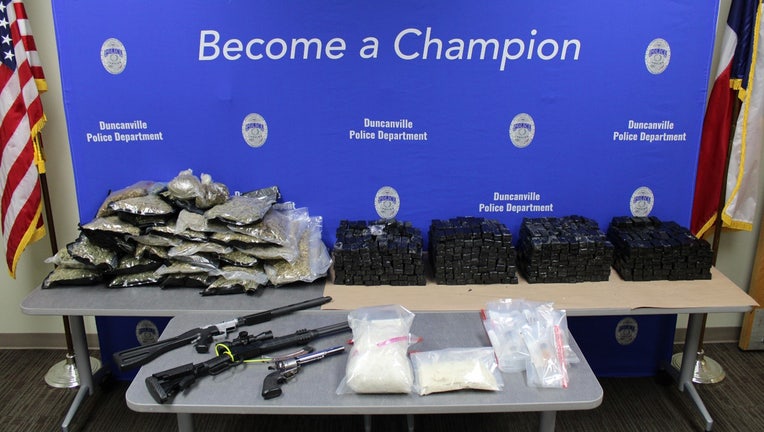 DALLAS - A drug bust in Dallas resulted in $10 million worth of drugs being taken off the streets.

Duncanville police carried out a search warrant on Thursday in the 5500 block of Cockrell Hill Road in Dallas after a lengthy investigation.

Four adults and one minor were taken into custody, but only two of them were charged. The other three were released without charges.

During the search, investigators found several black plastic pallets used to hide meth and powder and drums of liquid meth.

Investigators found about 250 kilograms of meth, 30 pounds of marijuana, three firearms and one stolen vehicle.

In all, the drugs have an estimated street value of $10 million.