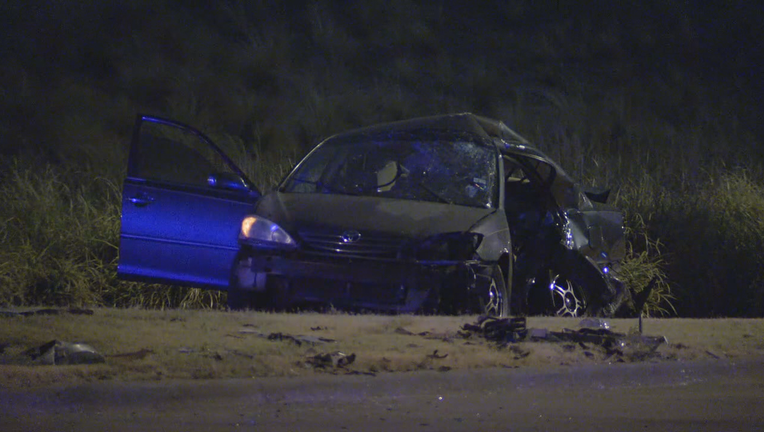 DALLAS - Dallas police said a driver will be charged with intoxication manslaughter after a deadly crash Friday night.

The crash happened just after 9:30 p.m., as a white Ford Fusion was traveling along the frontage road of President George Bush Turnpike.

That vehicle crashed into a green Toyota Camry at Midway Road in Far North Dallas.

Both drivers were taken to an area hospital, but the driver of the Camry was later pronounced dead.

Police said the driver of the Fusion will be charged with intoxication manslaughter.