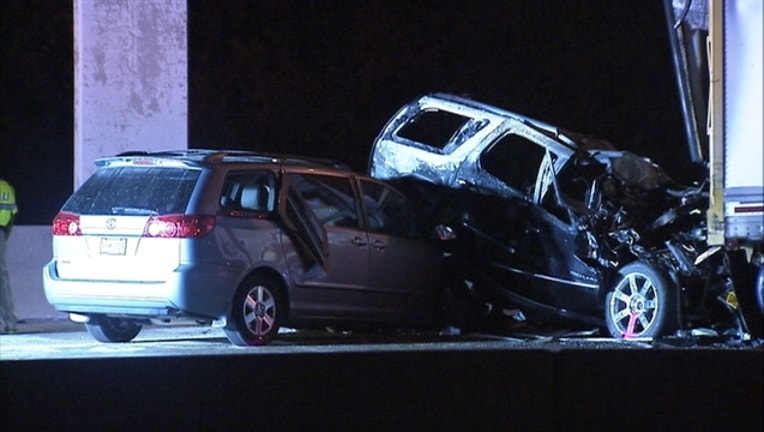 FORT WORTH, Texas - Interstate 35W in Fort Worth is open again after a fiery crash that killed one person.

The accident happened just before midnight Tuesday in the southbound lanes of the freeway near the Ripy Street exit.

Police said an 18-wheeler that was pulling two trailers was hit by a speeding SUV. Then a minivan crashed into the SUV.

The SUV caught fire and the driver inside was killed.

The driver of the minivan also suffered non-life-threatening injuries.

The freeway was shut down for about three hours while police investigated.