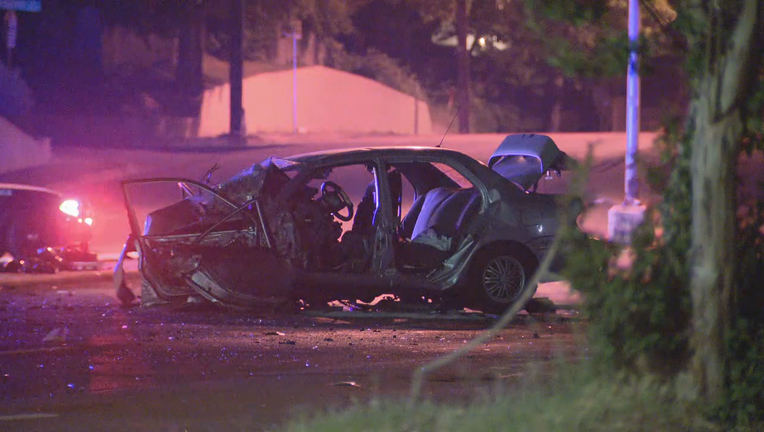 DALLAS - A driver was killed early Saturday morning after crashing into a light pole in the White Rock-area of Dallas.

The wreck happened at about 2:30 a.m., near the intersection of Ferguson Road and Lakeland Drive.

Responding officers found a vehicle that had crashed into a light pole. The driver was pronounced dead at the scene.

Police said another driver told officers that before the vehicle crashed into the pole, it sideswiped his car and continued on Ferguson at a high rate of speed.

The other driver was not hurt.

Police are continuing to investigate this crash.