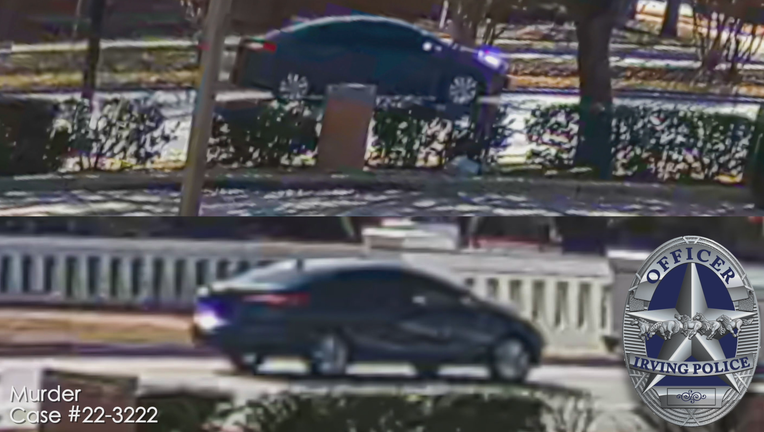 IRVING, Texas - A 19-year-old was killed in a drive-by shooting in Irving Thursday morning, and police have released surveillance video of the suspect’s vehicle.

The shooting happened just before 10 a.m., in the 8800 block of N. MacArthur Boulevard.

The victim, Thayrion Mason, was taken to Parkland and pronounced dead.

Investigators found that Mason’s vehicle was stopped at the red light in the center lane and the suspect's vehicle, believed to be a 2018 Toyota Corolla, was stopped in the left lane.

That’s when a passenger in the front seat of the Corolla shot Mason multiple times. That vehicle then fled southbound.

The Corolla has dark tinted windows, and police said the license plates were covered at the time of the shooting.

Anyone with information is asked to call Irving PD at 972-273-1010, or submit tips to ipdcrimetips@cityofirving.org.