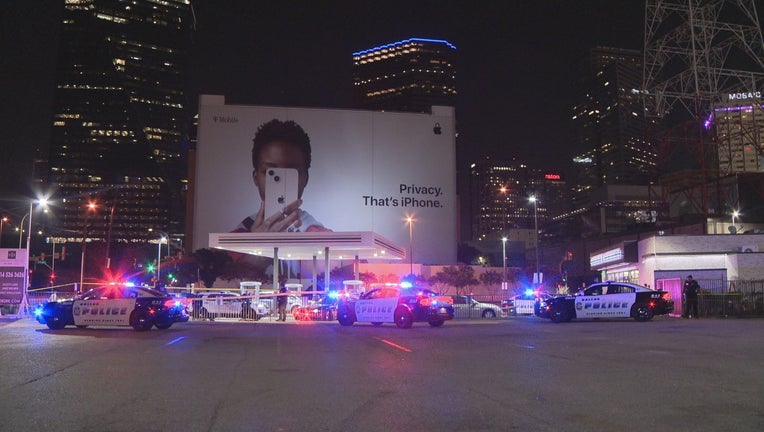 DALLAS - A man was shot during a fight in and a stray bullet from the same incident ended up hitting a window on the 27th floor of Downtown Dallas high-rise.

It happened around 10 p.m. Monday in a gas station parking lot near Ross Avenue and Lamar Street.

Police said two men in a group got into a fight and one man pulled out a gun. He shot the other man in the leg.

The injured man was taken to the hospital. He is expected to be okay.

The shooter ran off and has not yet been arrested.

A stray bullet also went through a window on the 27th floor of a nearby high-rise building. No one there was hurt.