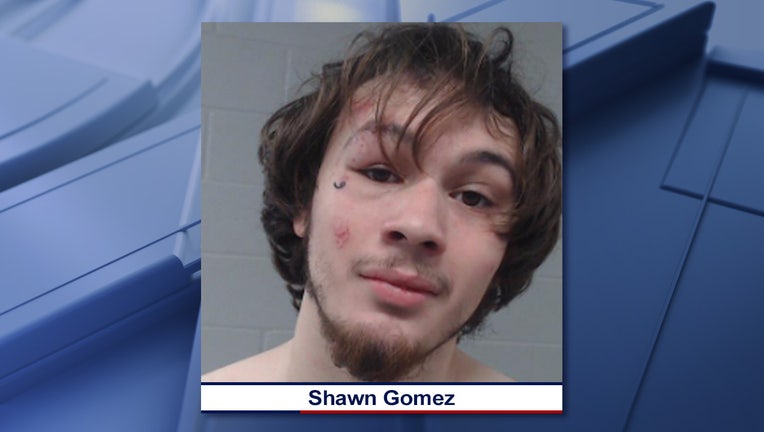 KENNEDALE, Texas - A man was arrested in Johnson County and charged with the murders of two people in Kennedale.

Shawn Anthony Gomez is facing murder charges, as well as charges for evading arrest and assaulting a public servant.

The two victims were found dead on Wednesday in a home in the 100 block of Oak Ridge Trail.

Police said Gomez is related to the victims, but no further details have been released at this time.