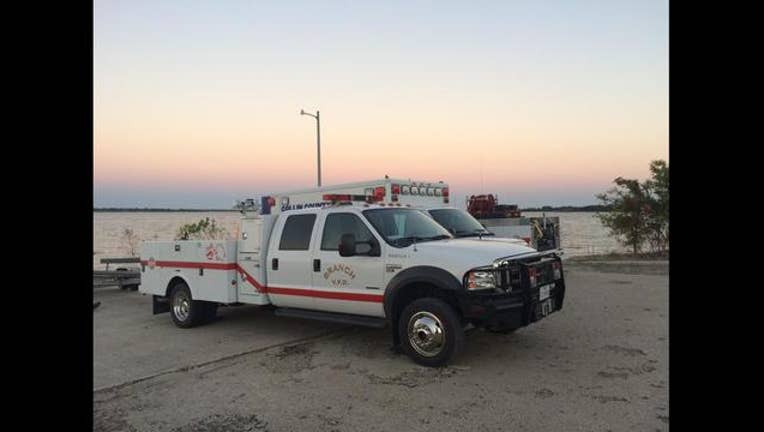 Four agencies have combined on Lake Lavon as they search for a boater who went missing Sunday evening.

According to the Collin County Sheriff’s Office, at 6:28 p.m. they received a 911 call from Clear Lake Park stating that a man went overboard while riding on a boat.

The Collin County Sheriff’s Office, the Wylie Fire Department, Branch Fire Department and Texas Parks and Wildlife are all aiding in the search for Dawson.

Dawson was not wearing a life jacket and alcohol is not believed to be a factor.

Five other people were on board the boat. No other injuries were reported.