As of August 2018, 16 states have passed use-of-force laws, a handful of which restricted what police can do.

PORTLAND, Ore. (AP) - An increasing number of cities are rethinking the presence of school resource officers as they respond to the concerns of thousands of demonstrators — many of them young — who have filled the streets night after night to protest the death of George Floyd.

Portland Public Schools, Oregon’s largest school district, on Thursday cut its ties with the Portland Police Bureau, joining other urban districts from Minneapolis to Denver that are mulling the fate of such programs. Protesters in some cities, including Portland, have demanded the removal of the officers from schools.

Floyd, who was handcuffed and prone on his stomach, died after a white Minneapolis police officer pressed his knee to Floyd’s neck for nearly nine minutes during an arrest on May 25.

Other cities were looking closely at the future of their programs.

In Denver, school board member and protest leader Tay Anderson said Friday that he wants the 18 uniformed police officers assigned to the city’s middle and high schools to be replaced with nurses, counselors and staff members who specialize in resolving conflicts in the classroom without traditional punishments, such as expulsion or suspension. The district’s own public safety officers would remain and would call for help from police when needed, he said.

Portland Mayor Ted Wheeler said Thursday that he would also discontinue using school resource officers in two smaller metropolitan districts under a program that in total costs the city $1.6 million a year and has been in place for more than two decades. The three districts have a combined student population of nearly 53,000, with more than 49,000 in Portland schools alone.

Having the officers in high schools has been a touchy topic for several years in this liberal city. Students have protested in recent years for an end to the program, at one point even overwhelming a school board meeting. 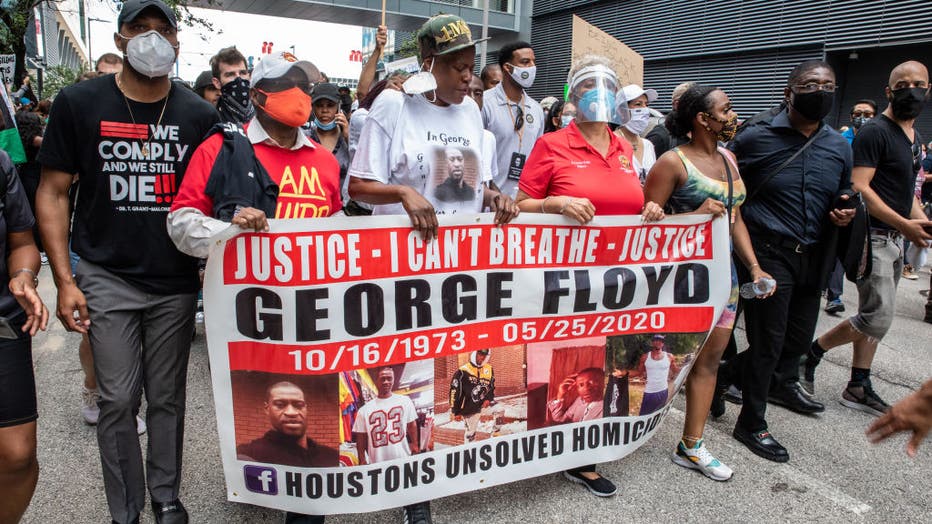 “Leaders must listen and respond to community. We must disrupt the patterns of racism and injustice,” Wheeler said Thursday of the most recent demonstrations. “I am pulling police officers from schools.”

The presence of armed police officers in schools is a contentious one.

While many Portland residents applauded the decision, others raised immediate concerns about student safety in the event of a school shooting or other emergency. A suicidal student last year brought a gun to a high school at one of the districts that will be affected by the decision and was tackled by the track coach in an incident that got national attention.

“Over the last several years there have been ongoing conversations about the police and their role in public schools,” Portland Police Chief Jami Resch said. “I want to reassure the public that if there is a public safety emergency at a school, PPB will respond.”

The move is “a knee-jerk reaction,” and the decision by a few districts to stop their programs could snowball to the detriment of students nationwide, said Mo Canady, executive director of the National Association of School Resource Officers, which represents about 10,000 dues-paying officers.

There are an estimated 25,000 school resource officers nationwide, he said.

“What happened last Monday is atrocious. I don’t know how someone who wears a uniform, like I used to do, could get to that point. That’s evil,” Canady said of Floyd’s death. “But ... I think there’s some shortsightedness here. When it’s done right, the SRO program really is the epitome of community-based policing. I hate to see the baby thrown out with the bathwater.”

Beyond their law enforcement role, the model for school resource officers endorsed by the U.S. Justice Department enlists them also as mentors, informal counselors and educators on topics ranging from bullying to drunk driving with the goal of promoting school safety.

But critics of the concept say the officers’ presence leads to students of color being shunted into the criminal justice system in disproportionate numbers and penalized for things such as being disruptive in class, using a cellphone or other minor infractions. In 2015, for example, a school resource officer in South Carolina was caught on video flipping a female student to the floor and dragging her across a classroom after she refused to surrender her cellphone.

According to the Anti-Defamation League, while black students represent 16% of the school population nationwide, they represent 31% of students arrested on campus. Meanwhile, white students are 51% of the population and comprise 39% of arrests.

Nationwide, 43% of public schools had an armed law enforcement officer present at least once a week in the 2015-2016 school year, the last time the National Center for Education Statistics released data on this topic.

Properly trained officers work closely with school administrators, Canady said. Generally there is an understanding that anything short of illegal activity should be handled by school officials, he said.