DENTON, Texas - Following weeks of demands to release body cam footage, Denton police released body camera video from all four officers on scene the night a UNT student was shot and killed at his apartment complex in January.

In the video, you see Darius Tarver with a meat cleaver and frying pan in hand, breathing heavily and yelling, before officers use a Taser on him.

Police said Tarver got up and swung the knife at an officer when the deadly shots were fired.

He said officers used a Taser on Tarver twice when he wouldn’t comply with officer commands, but the Taser was ineffective, so one officer fired three shots.

The chief said previous 911 calls from a neighbor and Tarver’s roommate described a man knocking out lights who appeared to be under the influence of something.

The Tarver family suspects he suffered a traumatic head injury in a car accident a week before the shooting, pointing to that as a possible explanation for his erratic behavior. 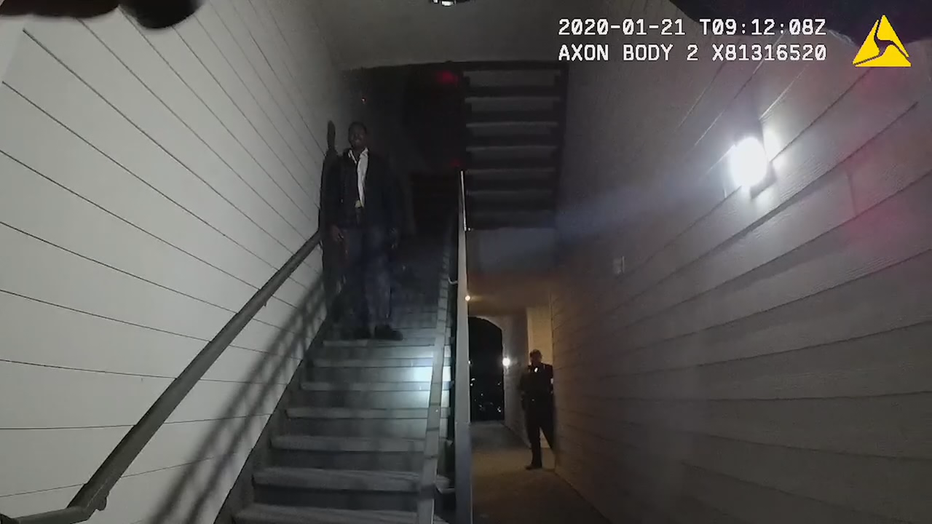 But the chief said there was no mention of that in the 911 calls.

Neighbors also told responding officers he had a large knife.

And at one point, Tarver told officers to “come up and find out” when they tried to get him to come out with his hands up.

Most of the video following the initial tasing is too graphic to show, but Tarver is tased once, then shot once, and falls to the floor.

Police said at one point after being tased, Tarver also fell towards an officer, slicing the officer with the meat cleaver.

He then got up again and walked around yelling, before he is tased again and shot twice.

In total, he was shot three times by the same officer because the Taser was ineffective, according to police. 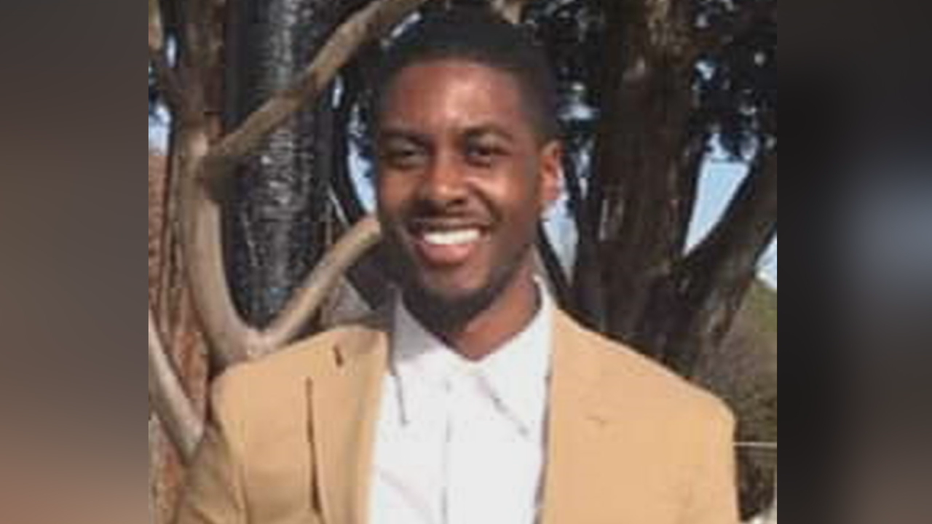 The police chief said he released the body camera video not because of public pressure, but to stop the spread of misinformation and possible harm or retaliation to other officers.

“I think it’s pretty clear when you’re looking at the totality of everything that happened, the truth was not out there. If you look at how the officers performed, very admirably, again they’re not being callous, they’re not being hateful,” Dixon said.

Chief Dixon said all four officers who were on scene that night are back on duty, including the officer who fired his weapon.

The internal investigation is still ongoing, pending the outcome of legal proceedings.

The case has not gone to the grand jury, and there’s no indication of when that might happen.

Tarver’s father said he was not notified in advance the body camera video would be released, and he disagrees with the police chief’s description of what happened, calling the narrative Denton police put out “strategic.”

Denton police released body camera video from all four officers on scene the night a UNT student was shot and killed at his apartment complex in January.