A Denton police officer shot and killed a man in his late 20’s who was allegedly holding a woman hostage with a knife against her body outside The Vibe Apartment Homes.

DENTON, Texas - A Denton police officer shot-and-killed a man in his late 20’s who was reportedly holding a woman hostage with a knife against her body.

The shooting took place outside the Vibe Apartment homes, where the incident began about 1:30 a.m. Saturday.

Jantae Harris says the woman is one of her neighbors and she regularly sees her with the man who police shot. Police say he’s the one who called 911, claiming to be suicidal due to problems with the woman.

"And then when they came, he had her outside, like with his arm wrapped around her neck like he was choking her," Harris said.

Denton Police Chief Frank Dixon said there were words being exchanged back and forth between the hostage taker and officers.

He said the man, with one arm around the woman’s neck, raised the knife with his other arm in a stabbing motion toward the woman, several times.

"So, at one point as the knife was being raised, we had one officer fire round from his patrol rifle, striking the suspect in his upper torso," Dixon said. 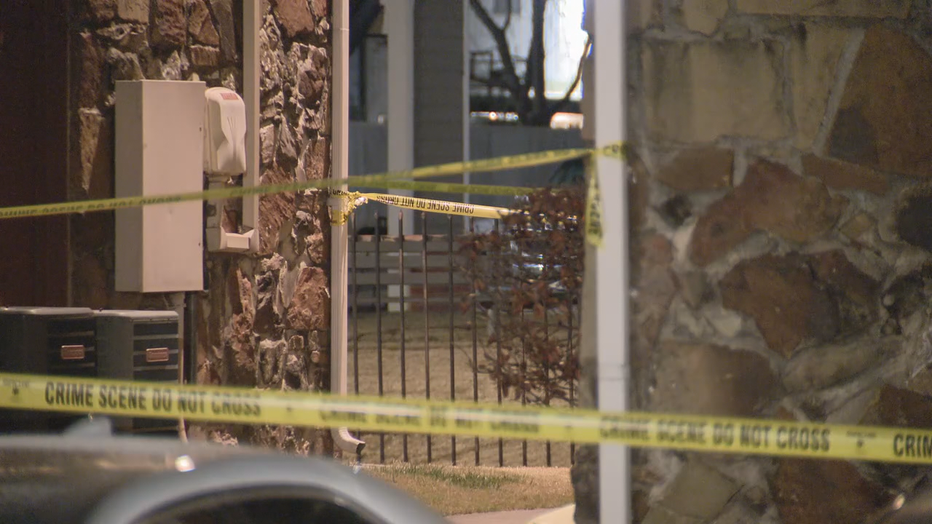 A different officer then used a taser to get the knife out of the man’s hand, according to Dixon. The man was pronounced dead at a local hospital.

Police have not said specifically what the relationship between the hostage and the hostage taker was — or what led to the disturbance.

Neighbors say the woman who police saved is also grieving.

"And we see her, I think she has two or three small children, but I see her on the daily," Harris.

The Texas Rangers are investigating the officer shooting, which is standard procedure, police said.

The officer has been with Denton police for three years and is on administrative leave pending the outcome of that investigation, as well as an internal investigation.