There is now a mask order in place for the city of Denton similar to the one in Dallas County.

DENTON, Texas - The city of Denton is the latest to issue a mask mandate despite the governor’s order. It goes into effect Friday.

The city council passed it by a vote of five to two, with Mayor Gerard Hudspeth and Councilman Jesse Davis voting against it.

The ordinance is similar to the one adapted by Dallas County, which follows Centers for Disease Control guidance recommending masks indoors regardless of vaccination status. 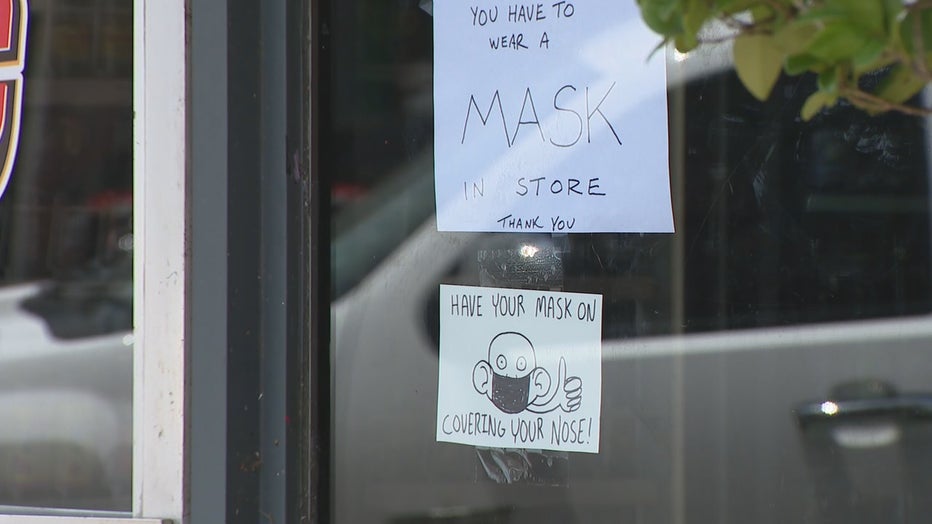 "The Dallas judge in the temporary restraining order basically said the governor has the authority, which I completely agree with, has the authority to be our general in the fight to mitigate this virus. But he doesn't have the authority to enter the war on the side of the virus and mitigating is what it's all about," said Mayor Pro Temp Paul Meltzer.

"I reject this notion this city council is in some kind of trolley problem where you pull a lever and get to decide who gets to live and who gets to die," said Davis, who voted against the mandate. "The hubris to think we control that lever, to think our mask mandate is going to save somebody’s life."

During the five-hour emergency meeting, council members also heard from residents. Some pleaded for a mask mandate while others promised to defy the order.

Hospitals in Denton County are running out of intensive care beds. There are just 10 left for a county that serves 880,000 people.