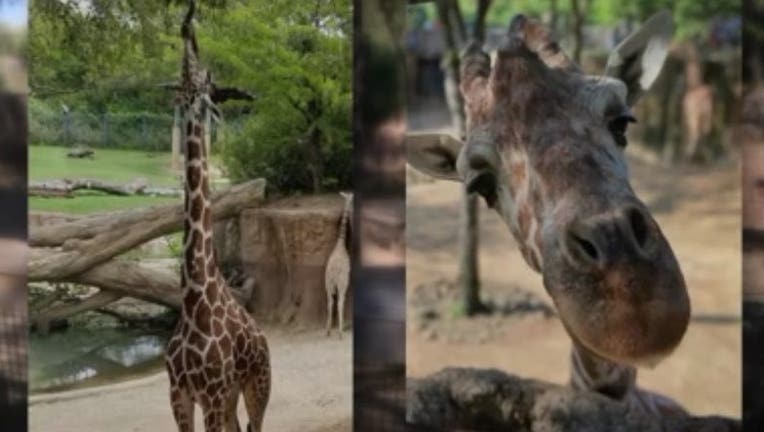 DALLAS - The Dallas Zoo now says the deaths of two of its giraffes were not related.

The two giraffes died in October. Augie was 19 years old, and Jessie was 14.

The zoo originally thought their deaths were connected because they died within a week of each other and both had high enzyme levels.

Their caretakers made changes to the giraffe habitat and threw out food supplies because they suspected they might have ingested something toxic in their enclosure or feed.

But a panel of outside experts told the zoo Augie died of liver failure and Jessie had an inflamed colon.

Sadly, the Dallas Zoo also had to euthanize a baby giraffe in October after she suffered a severe leg injury.

Typically, giraffes in captivity live to be up to 25 years old.