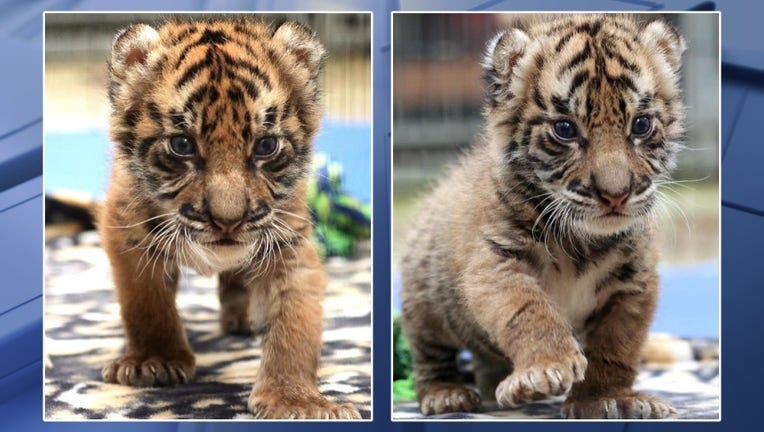 DALLAS - The Dallas Zoo named its new Sumatran tiger cubs after conservationists who are working to save the critically endangered species.

The female cub was named Nety after Nety Riana Sari, who has a project to restore forests in Sumatra, Indonesia.

The male cub was named Rudi after Rudi Putra, who’s trying to protect one of the last remaining rainforests in that country.

The Dallas Zoo is showing off its new tiger cubs. The adorable new additions were born on Dec. 6.

There are only an estimated 400 to 600 Sumatran tigers remaining in the wild.

They are still being kept behind the scenes at the zoo but are reportedly best buds.