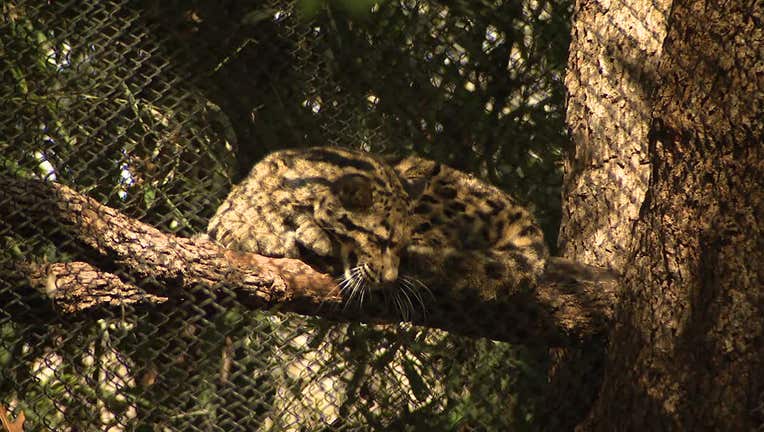 The zoo’s animal care team has been monitoring Nova since she was recovered Friday evening.

She reportedly underwent a full veterinary scan that revealed no issues, and she has not displayed any unusual behavior since being found.

"She’s doing great. She got right back into her routine Saturday afternoon. She was a little bit sleepy. She had a big day Friday. But she was really happy to be reunited with her sister," said Tina Cloutier Barbour, the Dallas Zoo’s associate vice president of animal care and welfare.

Over the weekend, police found a hole cut in one of the zoo’s monkey enclosures.

They have not said if that is connected to their investigation into the suspicious tear in the clouded leopard enclosure.

Police and zoo staff are reviewing the security video.