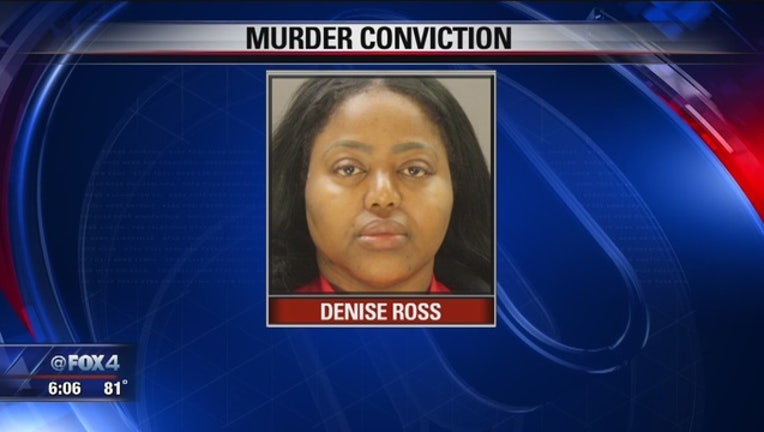 A Dallas salon worker has been sentenced to 60 years in prison after she was found guilty of murder in the death of a woman injected in the buttocks with industrial-grade silicone.

A Dallas County jury sentenced Denise "Wee Wee" Ross on Wednesday, a day after convicting her of murder for performing the illegal cosmetic procedure that killed Wykesha Reid.

The 45-year-old cosmetician was also found guilty of practicing medicine without a license.

Prosecutors said Ross injected the silicone into Wykesha Reid's buttocks to give her what the salon called the "Wee Wee Booty." A medical examiner testified an autopsy showed the compound circulated through the 34-year-old woman's lungs, probably causing her difficulty breathing and eventually a pulmonary embolism.