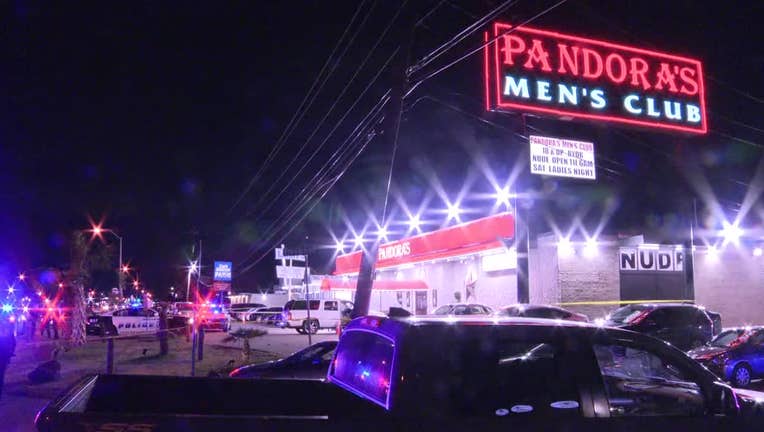 DALLAS - A man who was kicked out of a Dallas strip club early Sunday morning was shot by security guards after police said he drove his vehicle at the guards.

This happened just before 1 a.m., at Pandora’s Men’s Club on Harry Hines Boulevard.

Police were called out about a shooting, and officers found 22-year-old Arturo Calvillo-Guzman with a gunshot wound. He was taken to a hospital.

Investigators found that Calvillo-Guzman and several others were asked to leave after being involved in a fight with staff inside the strip club.

They were escorted out by bouncers and then security guards took them to their vehicles.

Calvillo-Guzman left the area, but then returned about 15 minutes later.

According to police, he drove his vehicle "directly" at the security guards at the front of the club’s entrance.

The two security guards opened fire at the vehicle, hitting Calvillo-Guzman. There was also a passenger in the front seat, by they were not injured.

Police are continuing to investigate this shooting. No charges have been filed at this time.