Nearly a month after 10 tornadoes tore through North Texas, residents in some of the hardest-hit areas are still trying to make repairs and get back to some sense of normalcy.

DALLAS - Nearly a month after 10 tornadoes tore through North Texas, residents in some of the hardest-hit areas are still trying to make repairs and get back to some sense of normalcy.

Among some of the damaged buildings is a Dallas Housing Authority apartment complex dedicated to serving the elderly and disabled. Its roof was partially torn off.

Residents say until this week, not much had changed since the day after the tornadoes hit weeks ago. Some of their apartments have water damage, and they’re concerned with possible mold issues down the line.

For the past month since the October 20 tornadoes, Dorma Gipson and her sister have been living out of one room in their public housing apartment because of water damage affecting the rest of their unit at Forest Green Manor on Shepherd Road.  She started recording on her cell phone when water started coming in. 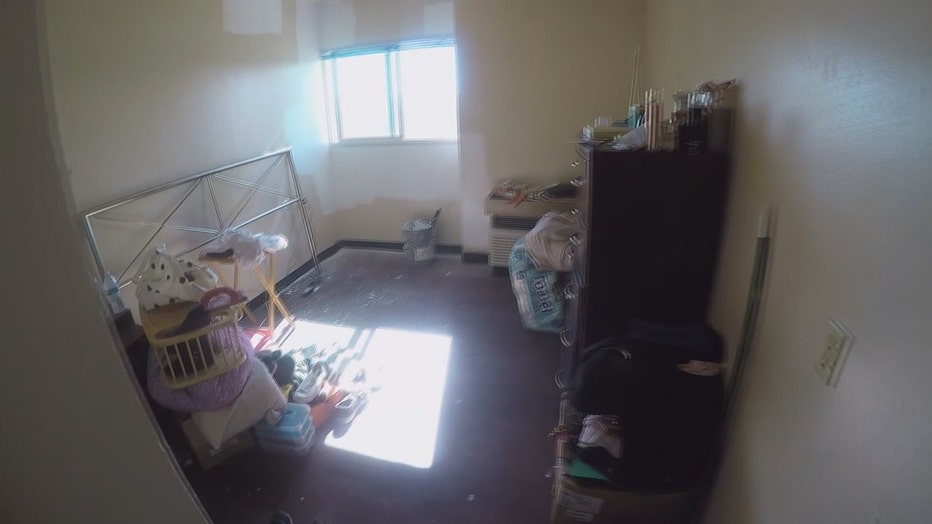 “Looked up. There was water coming from here. Here. And it was just pouring down like it’s raining in here,” she recalled.

The tornado that hit North Dallas ripped off part of the roof to the complex, broke windows and left the complex without electricity for three days.

Gipson says water damage forced them to throw out thousands of dollars worth of furniture. A tarp was put on the damaged roof within two days, but help has been quiet ever since.

Gipson says DHA offered to move her and her sister, who’s on oxygen and in a wheelchair, to another unit about 18 miles away in Oak Cliff.

Residents heard from Dallas Housing Authority officials this week in a letter. The president and CEO said they’ve made an emergency declaration that will allow them to bypass certain government requirements and speed up the repair process. They are still working with engineers and the insurance company to determine if the entire roof needs to be replaced, but anticipate full repairs inside the affected units within the next ten days.

This week, workers started to make repairs to Gipson’s unit. But with her sister on oxygen, she’s concerned about possible mold issues in the future.

DHA says about 17 units total were affected, but no residents had to be relocated.