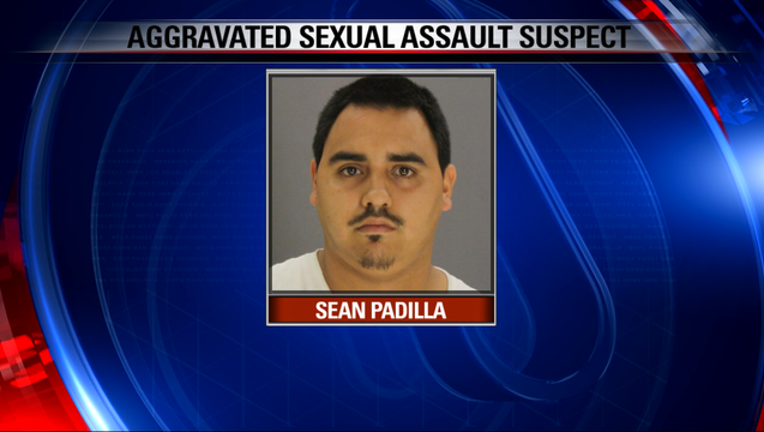 Sean Padilla, 23, attacked a 23-year-old woman Tuesday as she entered her northwest Dallas home with her children.

He raped the woman, threatened her children with a gun and even answered a knock at her door. A neighbor told police he saw the man running away from the home with stolen items.

Padilla also admitted to four other sex assaults, including one in Garland and another publicized case last month in Far North Dallas.

Police said evidence at the northwest Dallas crime scene is linked to Padilla.

"Last night he gave us a DNA sample that sample will be placed in three databases and if there are any matches to the profile, that gets inputted into those databases then we'll know if there are any other cases out there," said DPD Deputy Chief Thomas Castro.

Padilla does not have any previous criminal history.