Some of the community testing sites being offered in Dallas County are having to turn people away. The emergency manager for Dallas says it because more people need tests and resources are being stretched thin.

Some of the community testing sites being offered in Dallas County are having to turn people away.

The emergency manager for Dallas says it because more people need tests and resources are being stretched thin.

Public testing sites are testing as many people as they can, but not even able to use all the tests available to them. 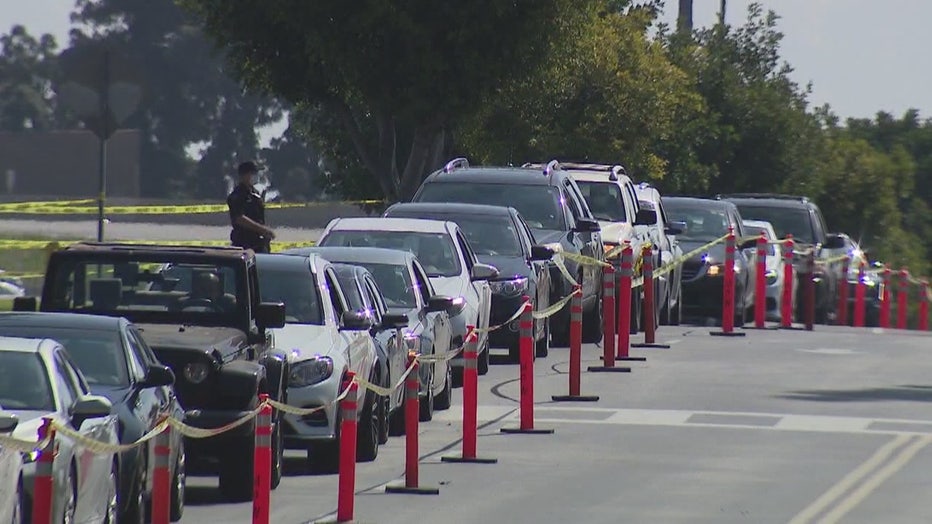 Dallas has the ability to do nearly 3,000 tests each day at its public testing sites, like Ellis Davis Field House, City Square, University of Dallas and Paul Quinn College.

The demand is there, but Dallas Emergency Management Director Rocky Vaz explains that there are hundreds of tests that can't be conducted because of a shortage of staff.

Testing is happening in parking lots in the heat of July. And while Parkland is a large health system, the hospital doubled its COVID ICU units over the past week.

“We have to have sufficient medical personnel so people can take a break,” Vaz said.

Another problem is that the public testing sites are taking as many as 10 days to return results, according to Dallas County Judge Clay Jenkins.

The nation's largest testing labs, LabCorp and Quest Diagnostics, warned this week about delays in turnaround.

"It's hard for you to make your best medical decisions, and it's hard for us to trace if we don't know what's going on for 8 to 10 days,” Jenkins said.

The testing site at Paul Quinn College is pulling in people from all across DFW.

College President Michael Sorrell tweeted Tuesday, “100 cars were lined up before we opened and we ran out of tests…with several hours to go.”

Dallas could certainly do more testing, according to Vaz, who reminds us that federal support for testing sites ends on July 14th, unless there's another extension.

The new testing site at the University of Dallas is already being run by a private vendor paid for by money from the CARES Act.

“Testing is extremely expensive,” Vaz said. “We’re talking at the private vendor side, it’s up to $140 for a test.”

The Dallas public testing sites should be able to do all nearly 3,000 tests within a few days as staffing gets sorted out. Parkland says it is not hiring more workers to staff those sites.