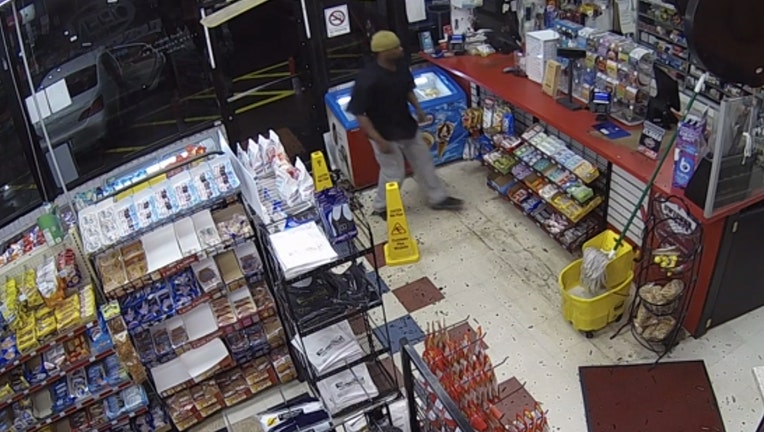 DALLAS - Police are asking for the public’s help to identify the man who broke in to a Dallas convenience store early Thursday morning and stole scratch-off lottery tickets.

The Dallas Police Department released surveillance video that shows the suspect’s white four-door Toyota Corolla back into a parking space.

The suspect gets out of the car through the back, passenger-side door, before throwing a rock through the locked glass door.

He then goes into the store and grabs two cases of scratch-off lottery tickets. He gets back in the white Corolla, which had a paper tag on the rear license plate.

The driver then fled before police arrived.

Anyone with information about this case is asked to call Detective Stephen Winkler at (214) 671-0165 or email Stephen.Winkler@dpd.ci.dallas.tx.us.