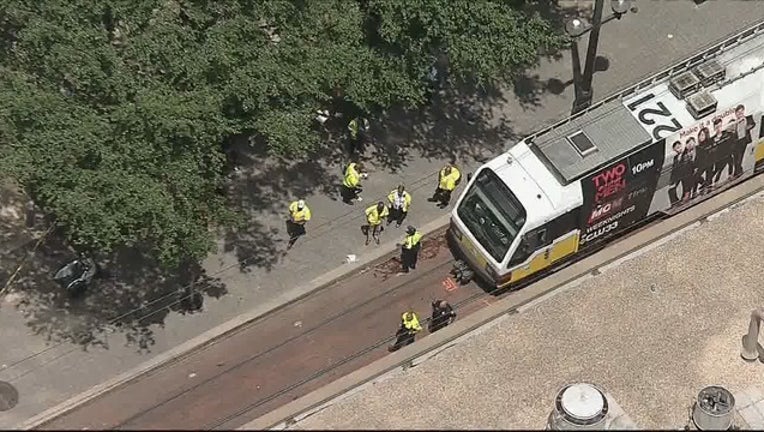 DALLAS - A Dallas police officer was rushed to the hospital after being hit by Dallas Area Rapid Transit train.

DART officials said it happened around 12:30 p.m. Tuesday near the Pearl/Arts District Station.

Dallas police say the officer in plain clothes was crossing the intersection of Bryan Street and Olive Street and hit by the DART light rail train as it pulled into the station.

DPD said the officer was temporarily pinned under the train.

DART says he seemed distracted while walking in front of the train, something witness noticed too.

The officer's condition and identity have not been released. Police say he was attending a crimes against children conference nearby.