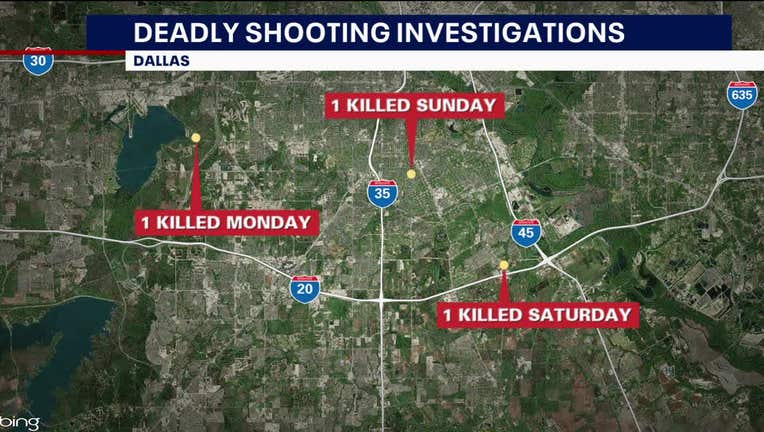 DALLAS - Dallas police are investigating a series of deadly shootings since Saturday evening.

The first happened Saturday in Southeast Oak Cliff in the 4300 block of Riverside Road. Bill Sims, 50, was found shot to death around 8 p-m.

Sunday morning, police found a man dead in East Oak Cliff in the 3400 block of Frio Drive. His name has not been released.

Police say a Hispanic man in his 20s was found dead in the 1200 block of south Merrifield Road in West Oak Cliff. His name hasn’t been released either.

No arrests have been made for any of the murders.

Police have not said anything about if the murders are connected in any way.