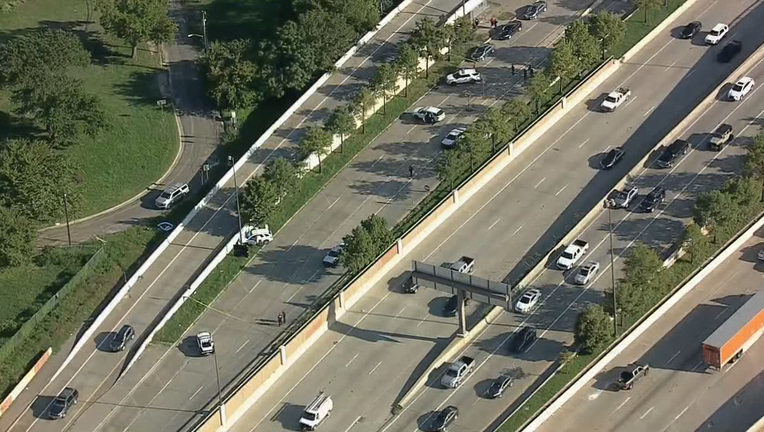 DALLAS - One person is dead after Dallas police said someone fired shots into a vehicle while it was on the Central Expressway service road Thursday afternoon.

According to Dallas PD, the shooting happened just before 4 p.m., in the northbound lanes of the Central Expressway service road, near Hall Street and Lemmon Avenue.

Witnesses told police that someone in a vehicle fired multiple shots into another vehicle, which caused the driver to lose control and crash.

The victim was pronounced dead at the scene. The victim has not been identified, and police have not released any information about suspects.

No further details have been released, as police continue to investigate what led to the shooting.