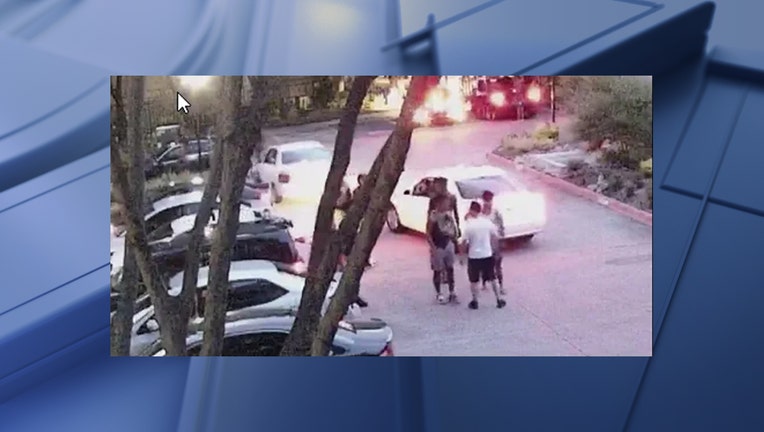 DALLAS - Dallas police are investigating after an off-duty officer said he was attacked by a group of people Thursday night.

The attacked was reported just before 9 p.m., at an apartment complex in the 4300 block of Horizon North Parkway.

Responding officers met with the victim, who was an off-duty “plainclothes officer performing a service for the apartment complex.”

Investigators were told that he asked some people to leave the swimming pool area, and then four people attacked him.

The off-duty officer was taken to a hospital, and is said to be doing okay.

No arrests have been made, but police have release a photo of suspects.